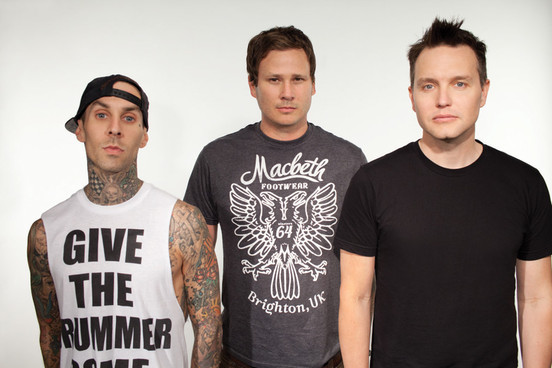 However, Mark Hoppus announced on Twitter this weekend that the band will head to California this week to record material for the new album, 4 months before the band were expected to head to the studio.

The Punk-Pop trio have suggested that there were a number of reasons for their departure from Interscope. Last week Hoppus told MTV “Yes indeed, we are no longer with Interscope. It’s been a long, amazing journey with them, starting with Cargo records, then MCA, then Geffen, and finally Interscope, but the time has come to move on. The reasons for us not working together are many and varied, but mostly we wish them luck in everything in their future, and thank those there who’ve worked so hard on Blink-182 throughout the years.”

The band reunited in 2010 playing at the Leeds and Reading festivals after a five year hiatus. Blink then went onto release their sixth album ‘Neighborhoods’ through Interscope Records in 2011 and returned to the UK in 2012 for an extensive summer tour.

Blink-182 have also released a limited addition t-shirt with all proceeds being donated to benefit the victims of Hurricane Sandy.

Check out Blink’s latest music video ‘After Midnight’ below;