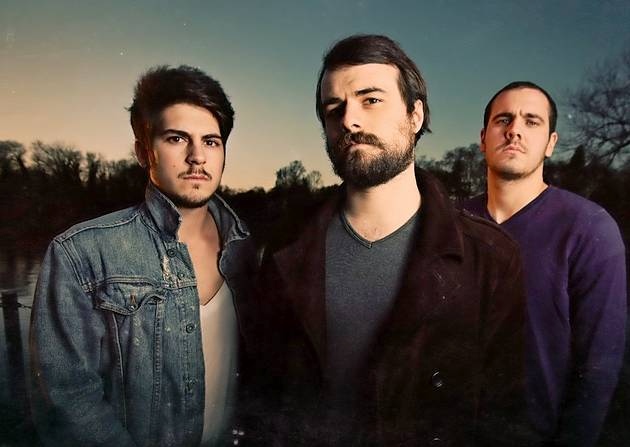 Arcane Roots can now announce their final show of 2012 will be a very special and intimate, “DIY Magazine Presents:”, free headline show at The Old Blue Last in Shoreditch, London, with support from Gunning For Tamar and My First Tooth, on the 4th December.

The band have also now released their first new material in over a year, the brand new single ‘Resolve’, which is available for free now from the bands website – http://www.arcaneroots.co.uk/

‘Resolve’ follows the bands signing to their new label, Play It Again Sam, and the re-issue of their much acclaimed début mini album, ‘Left Fire’, both earlier this year. ‘Resolve’ will act as an upfront teaser and taster for the bands now completed, Dan Austin produced, unnamed début album, which will be released in April 2013.

As vocalist and guitarist Andrew Groves states; “Sometimes you have to put your own happiness first, regardless of how much you care about someone or want to protect them.’ Resolve’ is about all of the guilt and conflict of emotions that come with finding your own happiness.”

Performance wise in the last year, Arcane Roots have been on tour with Dry The River, Twin Atlantic and AWOLNATION, as well as headline a sold out Kerrang! Awards Show in London (their 3rd sold out London show in a row). They have also headline toured the UK, twice, and played a host of festivals including Hit The Deck, Liverpool Sound City, 2000 Trees, Fear of Fiction Festival and Banquet Records‘ Big Day Out. Check out the forthcoming gig poster, below: 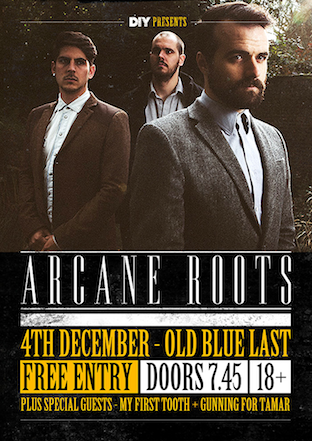 The trio will be announcing more information on further tours, special single releases and, of course, the début album, in the coming month.