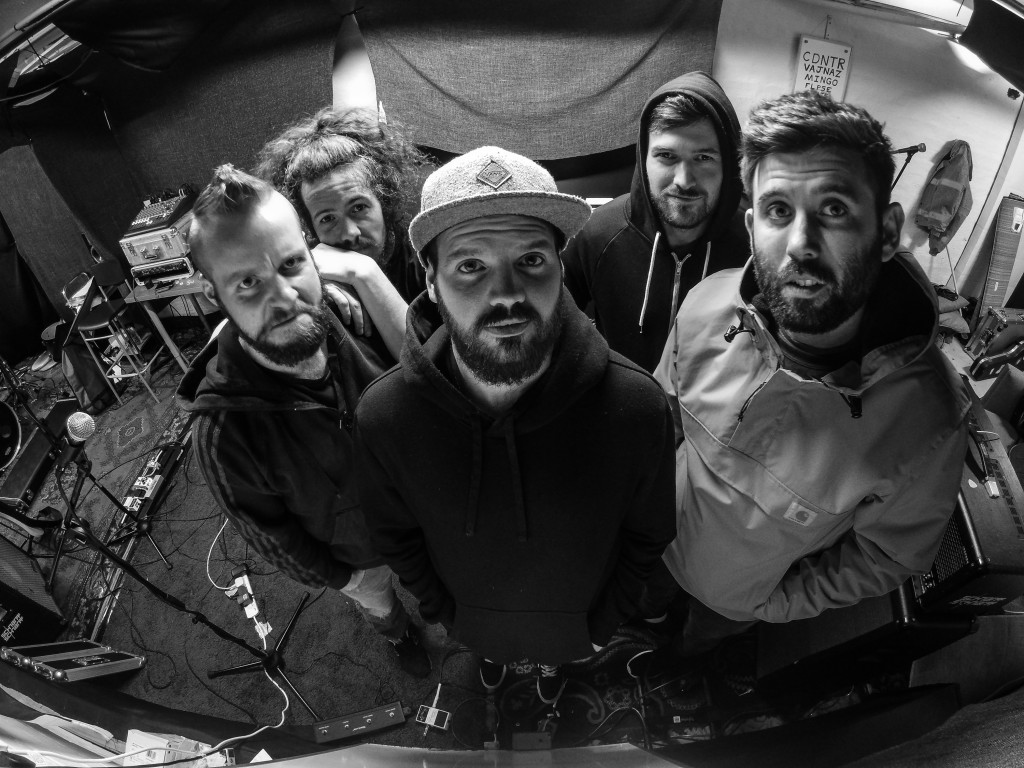 Originally hailing from Inverness, Scottish alt-rock band Schnarff Schnarff are now all based in Glasgow and, over the last few years, have garnered support from the likes of Radio 1’s Huw Stephens, 6 Music’s Steve Lamacq and BBC Scotland’s Vic Galloway. Having wowed crowds at T In The Park, as well as across the Glasgow live circuit, they have now released a new album, with help from renowned producer Paul Savage (Mogwai, We Were Promised Jetpacks, The Twilight Sad).

The Evil That We Do… is a somewhat nostalgic collection of songs, inspired by the bands that Schnarff Schnarff grew up listening to. Pop-punk, ego and grunge influences are the most evident throughout, though the band succeed in fusing together a range of inspirations, resulting in their own unique, raging sound with a refreshing, driving force.

Album opener ‘Flip The Cross’ begins with throbbing beats and deep, resounding reverb, soon building into a racing, punk-rock anthem. Next track ‘This Is How We Get Some’ is filled with jangly guitars and pulsating beats alongside lush harmonies; this combination of sounds instantly evoking memories of early noughties bands such as emo favourites Jimmy Eat World.

“The Evil That We Do… is a somewhat nostalgic collection of songs, inspired by the bands that Schnarff Schnarff grew up listening to”

‘Mario 1-2’ infects your ears with a driving intro that gradually builds to an intense, snarling, emotion-strewn blast of post-hardcore inspired sound. Its catchy hooks and raw vocals oozing shades of the legendary Foo Fighters. Following this raucous outburst is a gentle instrumental interlude in the form of ‘Islands i’, before the album resumes its intensity.

‘Whictey’ exudes a raging power with its heavy, metal inspired intro before developing into a lilting, catchy slice of pop-punk filled with impassioned vocals, foot-tapping beats and intricate musicality. Continuing in this vein is ‘Cadavers’; reminiscent of the ‘Screamo’ bands of my teenage years, its booming bass-lines and steady beats build a tension before your ears are hit with the raw, fist-clenching power of its catchy chorus.
Following the more uptempo ‘Wolves’ and ‘Heavens No!’ is penultimate track ‘Urrrgh’ – an angst-driven, anthemic wall of sound that I can easily imagine moshing out to (back in the day).

Finally, drawing this raucous collection of tracks to a close, is the concluding part of the ‘Islands’ trilogy, ‘Islands iii’; a delicate musical epilogue to attention-grabbing creation from Schnarff Schnarff.