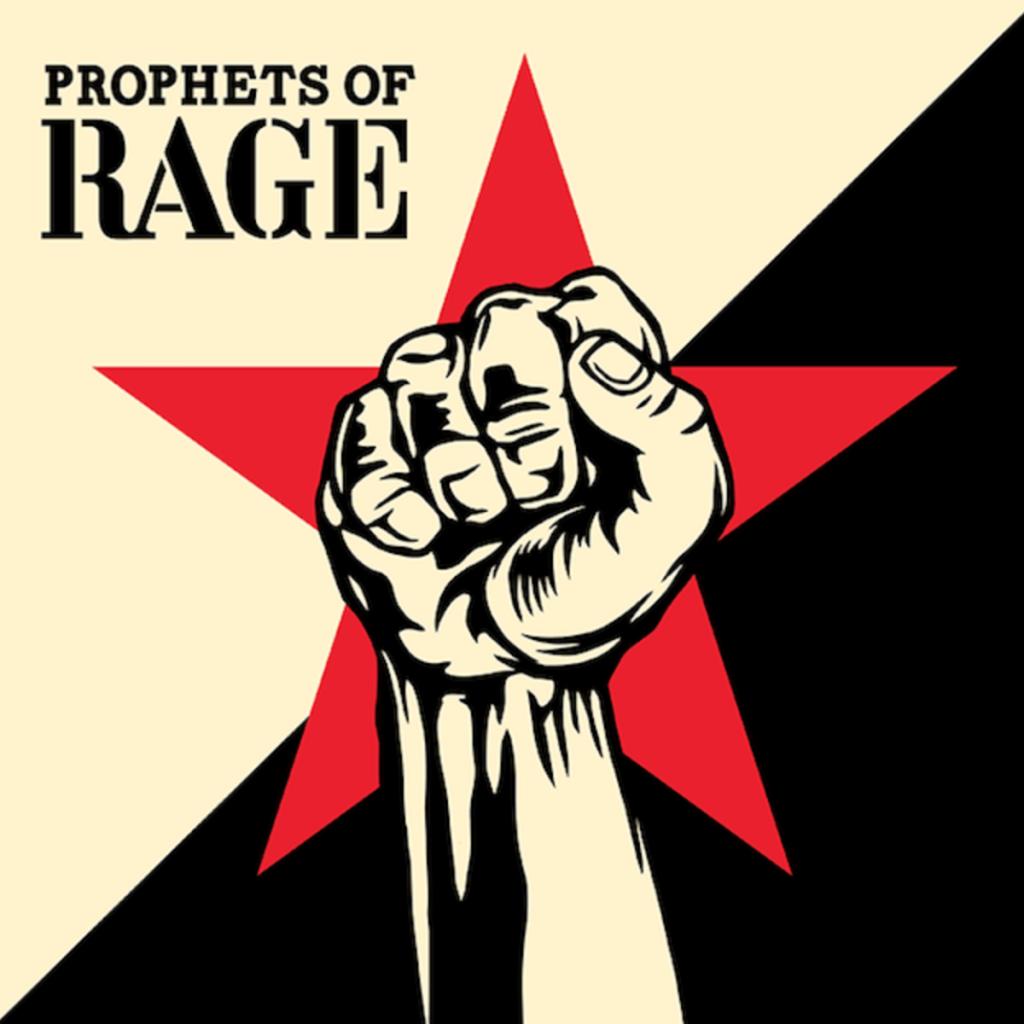 It drove me insane.

Here’s the skinny with this. You want to love this album. It seems like a foregone conclusion that because it’s, like, Rage and stuff, that it must be good. Imagine, if you can, that the Prophets are a new band, not one with a legacy taking in Audioslave, Cypress Hill, Public Enemy, Soundgarden and Rage Against The Machine.

Imagine, then, hearing Radical Eyes as the opening number; swaggering into view like a pissed-up relative, this ponderous, insipid drudge would have been acceptable at the album’s mid-point, but to kick off with it is not good enough. Unfuck The World¸ with its idiotic chorus, ultra-American anti-American-ness and festival-strafing immediacy, would have been a better pick. Two tracks in and I’m shuddering with worry, but when Legalize Me begins, I draw breath; this sounds fresh and pretty decent, but only in the context of the two wooden wrecks that have just gone past. The lyrics are absolutely rotten-the sort of toss your pious room-mate might come up within 2nd year. Knuckles white with anticipation, I sit there fizzing away as Chuck and B-Real take turns emptying their bowels onto all of the language.

Still, I pray, that the potential of this may come to fruition. After all, how can all the components be so right and yet so wrong? The Counteroffensive is a genuinely embarrassing corn-fed turkey of an interlude which isn’t remotely necessary, leading as it does to the lyrical hope-crippling that is Hail To The Chief. The structure beneath the vocals is sound enough, somewhere between Rage and Audioslave. Six tracks in and I’m beginning to get this; these are the wrong singers for this band.

B-Real, while ideal for Cypress Hill’s Berettas-and-bongs fare, sounds like a hype man; Chuck D is the big lad here, his gruff, meaty bark a better foil for the Morello/Commerford/Wilk axis, and yet, he’s not enough vocalist for a band like this. It’s as though the two singers together can’t add up to the one singer that would have enough spit to carry the band.

The real rage this record generated was inside me. The more I pressed on, the more the pain of listening to it grew, and by the time Take Me Higher had smeared its join-the-dots cack all over my ears, I had to steel myself to get through the rest of the album. Strength In Numbers is a hard-line Rage cast-off, and while some might decry such an assertion and fly the ‘well it is Rage’ flag, let’s set the record straight-it’s not. Prophets Of Rage are presented as a fresh band, otherwise, they would still be called Rage Against The Machine.

The hardest part of all this is that this band is needed-truly they are. A band with enough pedigree to be heard with a message that’s worth listening to feels like a great thing, but for that to be a genuine success, the band itself has to deliver the songs, not piss-wet gash like Who Owns Who. If one were to remove all the lines where ‘the people take a stand’ you’d have one empty record, padded out with childish swearing and a withering lack of anger.

In the 30-odd years that I have loved music, I have never come across an album so frustrating, so maddening as this one. I should love this, I should be sitting here foaming with superlatives about its quality and trying to reign in my hyperbole, but I can’t. The message is essential, but delivered without grace or agility; the music is fine but needs different singers. Utterly infuriating.

It drove me insane.