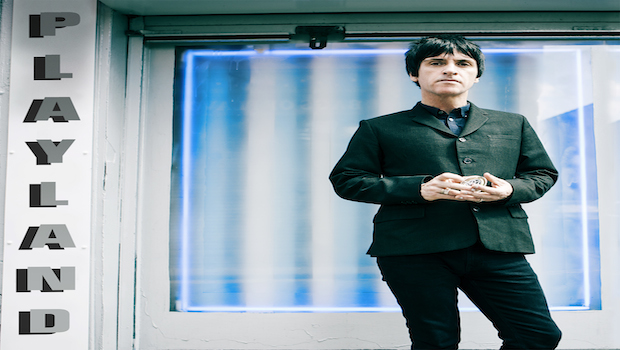 Johnny Marr; A name often greeted with phrases such as ”Oh, the guitarist from The Smiths, i love that band!” and ”Isn’t he the one who did most of the work that Morrissey got credited for?”.

Of course, both statements are true, Marr is most infamously known for his 1980’s indie-axe work with The Smiths, And yes, this famed ‘God-like Genius‘ was the man behind the unparalleled  sounds of ‘How Soon Is Now?’ and ‘This Charming Man‘, But let us take a minuet to remember that work with The Smiths encompassed all but five years of this Mancunian mikado’s life.

Since The Smiths, Marr has gone on to tie his name to other extolled names as ‘The Cribs‘, ‘Electronic‘ and ‘Modest Mouse‘, but still finds himself in his very own mouse-trap-esque appellation which has always been synonymous to ‘The Smiths Lead Guitarist’… Until now.

Despite mixed review from self-proclaimed music moguls across the world, who proclaim they hear no difference between this album and former release, ‘The Messenger’, and slander the record in their best efforts to appear as against the grain free-wheelers, ‘Playland‘ has rocketed it’s stream across stereo’s, ipods and spotify accounts across Europe and the US, and the notion that this is for any other reason than the record being fucking brilliant is criminal.

The albums single, ‘Easy Money‘, quintessentially sums up exactly what you would expect from Marr, subtle yet rousing intimations of the greed and desire of the rugged and rapacious, pantomimed in the tracks official video, masked by infectious guitar riffs which Satan himself could have hailed from the dirties of bubble-gum pop amplifiers, a juxtaposition if you ever did hear one. This is the sound of Johnny Marr.

‘Boys Get Straight’ has quickly became a favourite amongst Marr fanatics, a track on the latter half of the album which strips away from the initial good-time sound of the former portion of the record, but still lends itself slave to the 3-step marrsterplan to come-on-strong supremacy…

Step 1. Initiate  an all power-house, balls of fire and glory guitar riff. Check.
Step 2. Drive in hard & heavy drum beat with such furious dominance  that not even James Dean on a 1960’s Triumph Tiger could match. Check.
Step 3. Utilize a saliently gritty Mancunian accent sparking sermons of memoirs and myths as enchanting as 24 hour joy-ride through a burning Amazon. Fucking check.

The title track, ‘Playland‘ is a phonic jungle all of it’s own, it pulls you back to a drug hazed affair of mystic happenings and findings uncovered down at The Hacienda in 1985. If you struggle to understand what it means for musicians to work in harmonious intensity, this track will rid you of your doubts, ‘Playland‘, as the name suggest, is a gas,  a gas which defines the entire album,  it’s a formation coming out of the sky, neither a solid quantity of liquid measurement for your hands and eyes to tackle, it’s the very element of vigorous enticement surrounding your ear-drums,left not to be touched or seen, but felt.

Hats off to Johnny Marvellous.