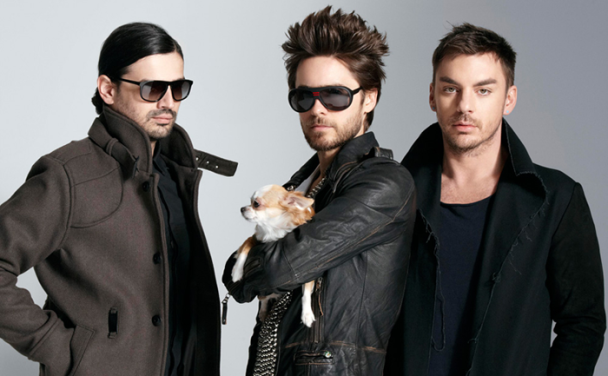 After their huge slot at this weekend’s Download Festival, 30 Seconds To Mars have announced they are returning to the UK in November in support of their new album ‘Love, Lust, Faith + Dreams’

“Europe has become a second home for 30 Seconds To Mars and we are incredibly excited to return again for this new adventure,” said front man Jared Leto. The arena tour will see the band visit Cardiff, Birmingham, Manchester, Newcastle, Glasgow, Nottingham, London, Dublin and will finish the tour in Belfast.

Support for the tour will come from You Me At Six.