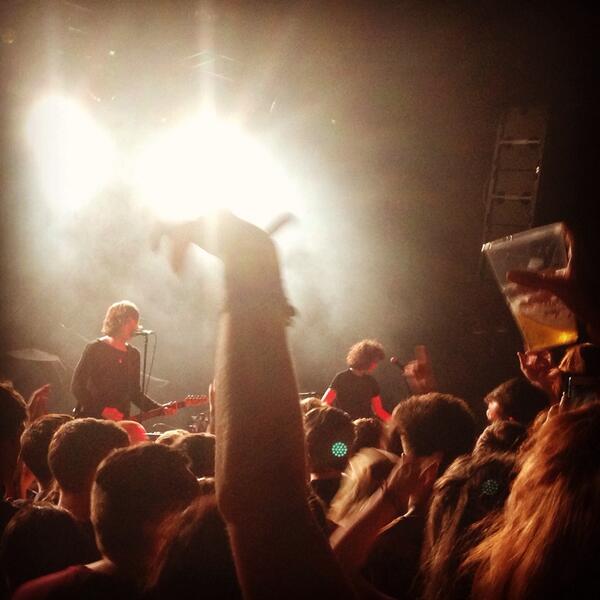 Set in the famous Liverpool Guild of Students, another storming Liverpool festival took place on July 11th, with some of the best new bands taking to the stages.

Headlined by Canadian indie folk band Half Moon Run, the festival was ran over two stages; in the main room and a courtyard stage in the smaller room.

Half Moon Run brought their hits including ‘Full Circle’ and were joined on the line-up by some of the most popular breakthrough bands of this year including Catfish & The Bottlemen and The Family Rain along with local talent such as Vynce who all played huge and popular sets across the night; with Catfish and the Bottlemen pulling arguably the biggest crowd of the night for their half hour set full of huge hits and crowd participation.

From the off with old single ‘Rango’, frontman Vann McCann had the Liverpool crowd going crazy, telling security to let the crowd do what they want and encouraging the crowd to crowd surf as much as possible only added to the special atmosphere Catfish and the Bottlemen seem to create in their adopted home of Liverpool.

Other popular sets from The Family Rain and Vynce on the Courtyard stage also drew decent crowds, with The Family Rain playing tracks from their debut album; Vynce certainly showcased why they are one of the most popular bands in Liverpool at the moment, with their indie pop riffing tracks proving a hit with their ever growing fan base, a band to certainly watch grow around the UK.

X&Y Festival is certainly a festival that is growing year on year in not only stature of bands playing but also popularity in the city, it has certainly been put on the festival map after the huge success of this year. Providing a huge platform for up and coming bands to showcase their talents is rare in the modern age and provides the perfect exposure in helping great UK talent be found by the public, roll on 2015!