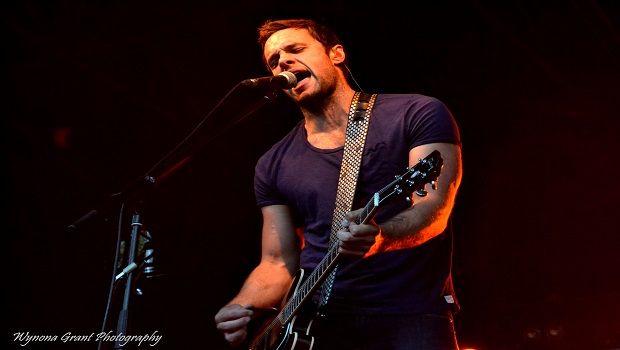 Attracting the biggest crowd of the entire Bulmers Live series in Leopardstown for the second last show of the Summer was no other than ex Blizzards frontman, mentor on The Voice of Ireland, and popular singer/songwriter Bressie.

Kicking off his set with a mix of originals such as ‘Last Tube Home’ and ‘Write The Headlines’, Bressie was projecting raw energy off the stage from the electric guitar strums his songs are often centred around. The years of experience in performing really shone through Bressie’s set on this outdoor stage as the connection with the full band only flourished alongside the growth of the crowd. Clearly coming hand in hand with a large following, fans were pressed against the barrier, arms in the air, and some even holding hand-made signs.

Songs of the night for me came during the middle of the set, in the form of ‘While Your Dreaming’ and ‘Breaking My Fall’; the latter of which was evidently the most popular amongst many. ‘While Your Dreaming’ sparked a softer, more meaningful tone with lyrics reflecting the continous work Bressie does for suicide awareness and prevention.

Moving towards the end of his set, capturing the likes of The Blizzard’s track- ‘Fantasy’ and a cover of ‘Hello’, Bressie left the stage with a bang, having demanded a pizza from the nearby stall; Pizza Heaven! Returning, pizza in hand, for an encore containing ‘Rage and Romance’ and the upbeat ‘Can’t Stay Young’. Not only was the largest crowd brought to Leopardstown this night, but the courtyard was filled with life and energy, radiating from a bunch of adoring fans of all ages. 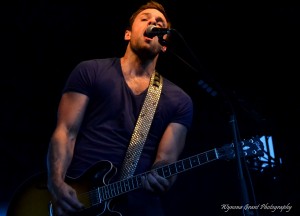 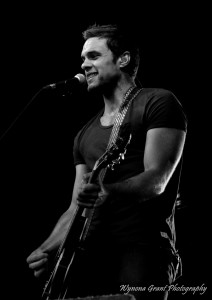 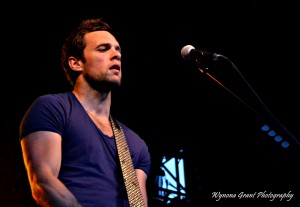 More photos of Bressie’s set can be seen HERE.