Q&A Session: Ron Pope- “I write songs that I like, put them out, and hope for the best” 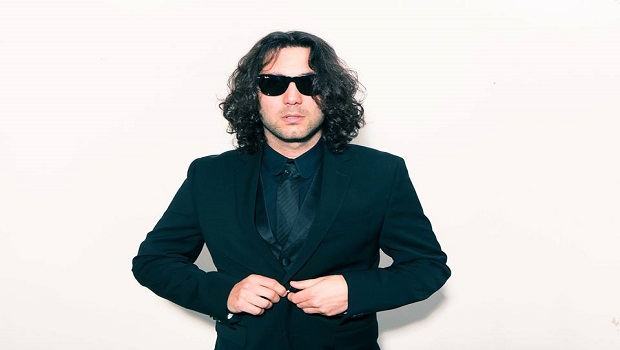 Set for a European tour with support from Alexz Johnson and Wakey Wakey, US singer/songwriter sensation, Ron Pope, is creating a mass of anticipation amongst fans for his forthcoming new album, ‘Calling Off The Dogs’.

Hi Ron, how are you?

I’m great; sitting on my couch in my pajamas listening to the new Sky Ferreira record. I’m digging her stuff. Was just talking with my friend Christian about the release of my new record ‘Calling Off The Dogs’, which is coming out in a few weeks on January 6th. Trying to get my day going.

You’re going on a little tour soon with Alexz Johnson and Wakey Wakey- you looking forward to that?

That’s a pretty epic tour through Europe in the middle of winter, homie! How many other American bands are going to Norway and Sweden in February? I think it’ll be intense, and I’m stoked.

How did you pick Alex and Michael to support you? Are you guys mates or are you just a fan of their music?

Mike (Grubbs, of Wakey Wakey) and I have known each other for ages. He was a musician/bartender at a bar in New York before he was on TV playing a musician/bartender and he used to give my friends and I free drinks when we were too broke to pay for them. Years later, a friend we had in common suggested we go to lunch, like a blind date for friends. We’ve been buddies since then. Speaking of Mike, I just got back from my honeymoon, so about five minutes ago I texted him with, “I’m home. Let’s drink all the beers”.

Alexz and I met this year. I wrote a duet and was looking for someone to sing it with me; someone suggested Alexz. The song’s called “Nothing” and it’s on my new record, and she slays on it. We started hanging out a bunch and became good friends. The last time I saw her, she was in my back yard and we were drinking and telling stories. I’ll probably call her this week. So yes, we’re pals; that’s how they ended up on the gigs. I’d hate to be on tour for a month with random people. They’re traveling on the bus with my band and I.

You’ve obviously played a massive amount of gigs- has there been a particular city that has stood out for you or one that you can’t wait to be back in?

I’ve always wanted to check out Berlin, but last time I was there it was snowing fairly hard. I’ve got my fingers crossed that the weather will be better this time. Oslo sold out more than three months in advance, so I bet that show is going to be insane!

We obviously have to talk about your internet hit ‘A Drop In The Ocean‘-  did you ever expect such a massive reaction with that song?

I don’t think anyone really knows when they write a song that it’s going to be a hit; except maybe Quincy Jones. I bet he knows, but he’s eighty years old. I don’t have that kind of experience. I write songs that I like, put them out, and hope for the best. The only song I’ve ever written where I thought “This feels like a monster hit” was ‘Our Song’ and that didn’t turn into a hit, so what the hell do I know?

Does it ever get annoying, being constantly associated with one specific song, like, when people say “oh that’s the guy who sings ‘A Drop In The Ocean‘?!

Honestly, I don’t ever hear that kind of thing, so I haven’t had it happen to me to bother me. I guess it might bother me if I noticed. I’m ten years into releasing albums and there’s something like five hours of my music on iTunes; I hope it’s not about one song.

You left the label you were signed to and now you produce all your music independently- how did you find making such ground-breaking, important decisions?

For me, the most important thing is that the music gets heard. The label I was working with wasn’t adding any value to my career, so I felt like I had no choice but to go out on my own. It felt like the obvious decision.

Has there been any specific moment for you that sort of stands out as being the pinacle of your career and success to date?

At the moment, finishing ‘Calling Off The Dogs’, which was a very challenging process for me, was probably the high point of my career. I could’ve given up in the middle and made a simple, predictable album, but chose to challenge myself. When we finally finished, I was elated. The songwriting process took more than a year, and I’ve never spent this much time on any project. Sonically, it’s in a different world than anything I’ve ever done before. There are huge orchestral arrangements blended with thumping beats, a choir, huge guitars, crazy song structures, and all kinds of other insanity. I can’t wait for everyone to hear it January 6th!

Thanks so much for that interview Ron- look forward to seeing you in Dublin!

Thank you. See you on the road!

Check out the Official Lyric Video for ‘Lick My Wounds’: