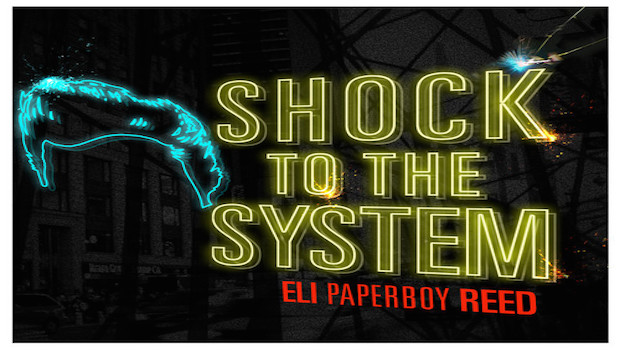 Time and time again we hear others, or even ourselves, talk about how ”all this modern day music is absolutely terrible” or how they ”can’t listen to any of this dreadful top 40 shit on the radio”…

I’ve often expressed this opinion myself, not because I rate my musical preferences to be superior over the social-mainstream swing, no, but because i feel somewhere between  The Smiths and Nirvana,  The modern-day music scene lost one of it’s prime ingredients, an ingredient which has been so prominent within the work of preceding performers, from the rock’n’roll pioneers as Elvis Presley, Fats Domino and Little Richard to the through to pure american roots vocalist just as Sam Cooke, Al Green and Smokey Robinson… they all had one thing in common, they all had soul.

Yes, soul is the fire that has burned through many of our beloved recordings throughout the years, taking it’s form in genres from the blues to hard-rock. Muddy waters? Howlin’ Wolf? The Rolling Stones? Bruce Springsteen?.. these artists all had it, they used it, and they made it.

Since the days of Stax and Motown Records, we’ve seen soul leave pop music behind and take it’s own form in neo-soul, old-school inspired singers often away from the mainstream.

However, it’s Eli Reed, a James-Brown-esque New-Yorker, who has shown us this month exactly how soul and pop are suppose to marry together in the 21st century. ‘Shock To The System‘, taken from Reed’s new album ‘Nights Like These’, released 29th April, embodies a ‘summer sunshine’ prosperity to it, one which can only be compared to the style of earlier Jackie Wilson ballads, the track has a certain electric emotion that volts down your spine, that send rhythm from your head to toes! ” like a shock! shock to the system!” Reed croons, like a new-fashioned and fresh Otis Redding, backed by a thrashing drum-beat and magnetic synth, the singer vocalises catchy, impassioned  chants  as though were a gospel sermon out of motor-driven church, where the prayers are of passion and the god is  comparable to Marvin Gaye.

If Reeds previous album, ‘Come And Get It’ is anything to go by, we should have expected such a soulful combustion of sentiment and joy from the artist’s recent work. Eli, who started singing in churches at the age of 18, has had a protruding  history of taking inspiration from former soul stars and throwing his own flavourful twist on them, ”I love soul music, R&B, gospel, I grew up on that music. I know that music backwards and forwards. ” he says.  Tracks ‘Woo-hoo‘, ‘Satisfier‘ and ‘Recess‘ are just some of the 3 minte power-house ballads which show the singers potent influence, but it seems to be this single, ‘Shock To The System‘, which is going to put Eli Paperboy Reed on the map of ‘Who’s who’ in contemporary soul music.