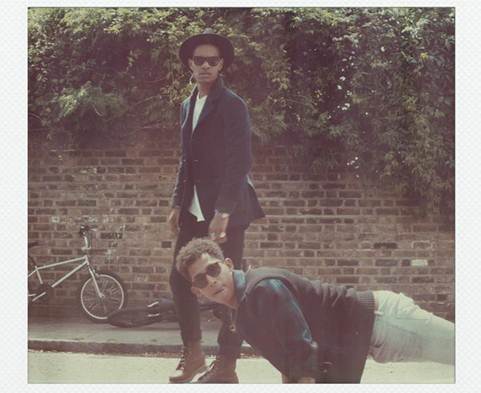 At midnight yesterday, Rizzle Kicks unveiled their anticipated video for ‘Lost Generation’ –  a video which was created solely by work experience students who were mentored by the best professional production cast in the industry!

On taking part in this initiative, Jordan of the band said, ‘We want to give kids the kind of break we got. There are so many talented young people across the UK who all too often don’t get the chance to prove themselves in a real work environment. That’s why we wanted to get involved with GoThinkBig, using the launch of our new single Lost Generation to offer up opportunities for people to get a foot on the ladder.’

The single, on the one hand a glorious rousing pop song, on the other a bristling and incisive treatise on the “morphine” of reality TV, is taken from the boys’ hugely anticipated new album “Roaring ‘20s” which is released September 2nd through Island Records.