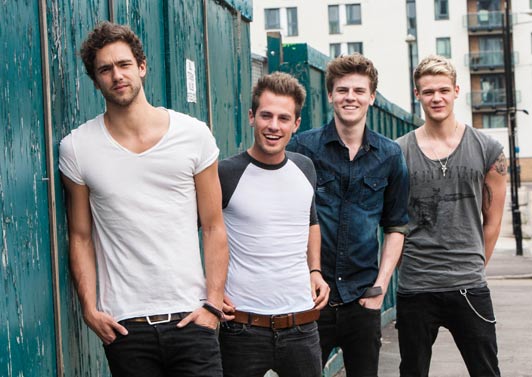 Since the release of their début single ‘When She Was Mine’ back in May, Lawson have sold over 300,000 singles and are without doubt one of the biggest breakthrough pop acts of 2012.

Now they announce the fourth single to be taken from their Top 5 debut album Chapman Square is ‘Learn To Love Again’.

There’s no sign of slowing down for Lawson who performed on Alan Carr Chatty Man on Friday night & alongside Ronan Keating at his Emerald and Ivy Ball at the weekend. Coming up, the guys will be at the Jingle Bell Ball this weekend  & lead singer Andy Brown will be hoping to secure the Christmas number one as he features as part of The Justice Collective track “He Ain’t Heavy, He’s My Brother” alongside Sir Paul McCartney, Robbie Williams and many more. With plans for shows in Europe, the US, Canada, and South East Asia, 2013 looks set to be another exciting year for Lawson.