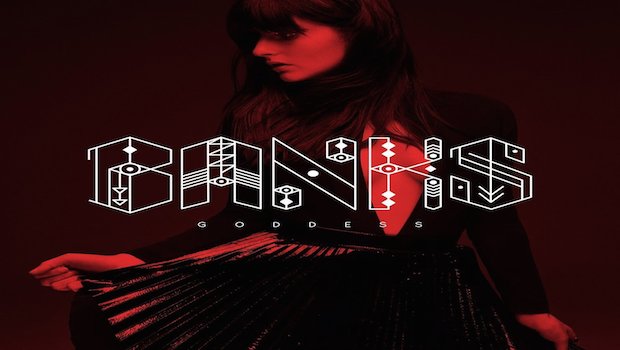 Banks’ debut LP is almost everything we wanted it to be.

R&B’s newest starlet, 26 year old Jillian Rose Banks, has been a breath of fresh air to a genre that is becoming more and more saturated. Showcasing her debut LP, ‘Goddess’, the songstress has finally been given licence to spread her sound, and try and make the genre of R&B her own.

“Please give me something to convince me that I am not a monster”, swoons Banks in opening track ‘Alibi’. With a stamp of chardonnay, James Blake-like production, songs like ‘Alibi’, ‘Waiting Game’ and title track ‘Goddess’ don the slick, sassy and sexy edge that Banks’s various EPs encouraged. ‘Goddess’ steers a focus towards the bouncy, cold and dynamic traits of R&B, Banks brings the influences of jazz, soul and pop. The production work of Tim Anderson, Lil Silva et al subtly maintain the spotlight on Banks, and bring her vocal and lyrical talents into full view.

At its nucleus, the tapestry of raw sound is an eulogy of gritty expression. Again, lyrics like “fucking with a goddess and you get a little colder” tilt the flap-peak downwards, and the sense of something special begins to boil. Vocally, Banks’s range is given its peak in ‘You Should Know Where I’m Coming From’, a piano and string satay of ballad blues.

Sadly, as the album progresses, its impression begins to go astray. Where ‘Goddess’ falls short in its awkward and interchangeable track listing. Whereas the palpable ‘Fuck ‘em Only We Know’ is made for the basement, ‘Beggin’ For Thread’ is designed for an internet explorer advert, with its cruder, more stale and cliched tune. Whilst the interjection of various genres is an admirable trait, the influence in ‘Goddess’ goes beyond the mark.

It’s like pouring in too many ingredients into a margarita, and getting a starchy, overly-thick drink at the end of it. Yeah, you’re drunk but it didn’t taste right. For instance, ‘Drowning‘ boasts the silky-beats of AlunaGeorge, in stark contrast to ‘Someone New‘, which vividly changes the sound to a slow, Corinne Bailey Rae-styled twang on a guitar. It’s an odd mix, fumblingly executed.

Indeed, while sometimes less is more, this is not a record to be shunned. In terms of her songwriting, Banks has produced a hugely enjoyable album. Productively triumphant, vocally breathtaking, yet naively arranged, executed, and crammed within an inch of its life.