Interview: Tom Bright – “You’ve gotta be yourself because everyone else is taken aren’t they.” 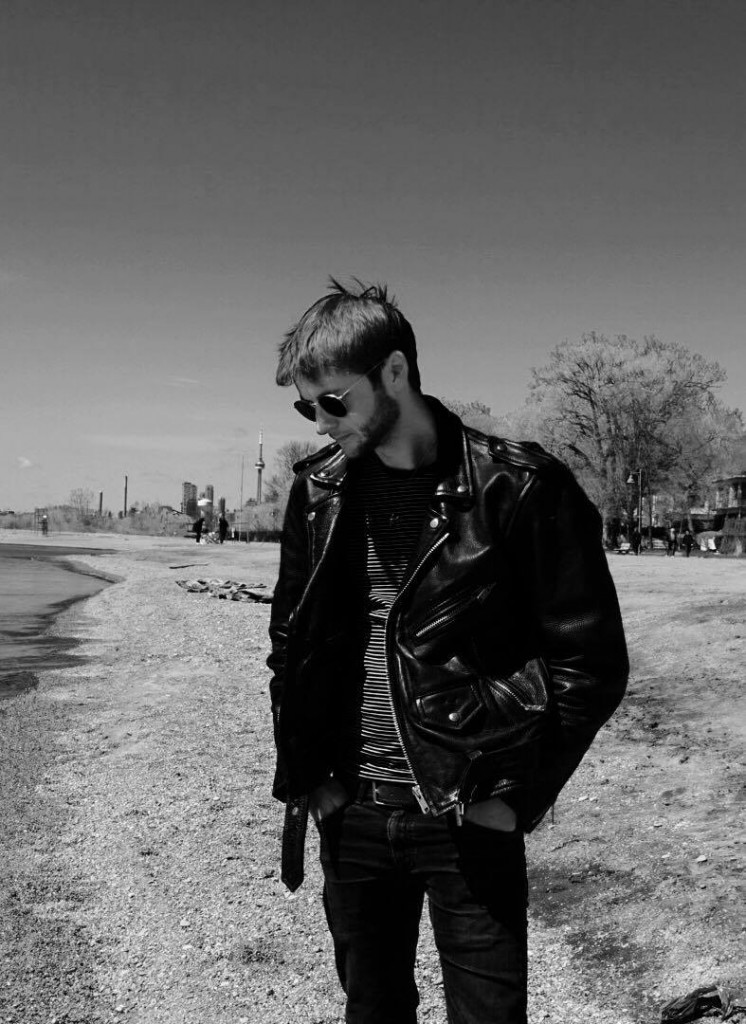 Derby’s own Tom Bright is a serious force to be reckoned with; not something you get to say everyday. Now based in London, Tom took me to his local pub near the historical Alexandra Palace. His raspy voice and calm nature leads down a conversational path that doesn’t shy from the truth as he reflects on the last 12 months and discussing his plans for the future after working with The Clash’s own Mick Jones & Dirty White on his latest tracks.

What has been the journey to this single? Like what has been going on, because you haven’t released in a while have you?

No man, no, there’s not been an official single since I did a double a side single ‘Skint Love/Local Bike’. That was like 2015, and another track that just went out on Soundcloud, ‘Lois Lane’ that did get a lot of 6 music plays. But there was no like official release for that so that’s not really a single. So the first track in a while.

How you feeling about it?

Yeah, yeah really upbeat and very excited about everything knowing that there’s a bunch of banging new tracks coming.

So tell us a bit about this single. What was influencing you?

Well, I wrote ‘Not The Life She Planned’ when I was living in Melbourne (Australia). I was living in a suburb called St. Kilda, which always had a reputation for being a bit rough around the edges. I lived up Grey Street, which, at that time, the ladies of the night were working from. There was one particular lady that always wore a red jacket. I think her ‘office’ was on our driveway to the bungalow I was living in. So yeah, the song is pretty much written about and based on her. A day in the life… of her. It’s a very sad story, but I tend to bind downbeat stories with upbeat instrumentals.

What would you say is the main theme about it what were you trying to put across when it comes to this particular single?

I picked this one to put out first because it’s got a bit of everything. It’s gritty in the theme and in the way its been produced (by the magician that is Fitz); lyrically, it’s a kind of a poem that I’ve put to a bunch of chords. We recorded it just as I started putting the band together, so it’s just got highlights of everyone in it. Jared goes on a bit of a tangent with his tele. Then there’s a little cameo from Mick on the piano. In fact, the track was sort of ‘finished’ but there was just this kind of opening for it, like it was sitting there all along and just needed to be tapped into.

You’ve often talked about your relationships with women in your music. Local bike for example, quite tongue in cheek…

It’s sad, but it’s not depressing song. But lyrically, if you were to just read the lyrics, the final verse reads:

The roads have turned to rivers, Her heart beats the estuary

Her soul slides in slithers, Silently down by the sea

Under these sordid streetlights, She’s just another grain of sand

But like I said before, it’s not the life she planned.

…So it is just a sad state of affairs, almost as if she’s accepted that she’s just become the fabric of the scene. Become part of the suburb that’s got a bad rep. Become a little spec of the sand and people don’t necessarily see her as a human being.

Yeah, I get that, more like she’s become a commodity than that she’s a person?

She’s stick thin, she slips through the cracks in the path

Her eyeballs are rolling into the aftermath

She could have been Matilda given half a chance

But now she roams St. Kilda where there ain’t no romance.

So you know had she been given more of a chance, or had she be given anything for that matter, she could’ve made something out of herself but you know started out on the wrong foot and went downhill from there sort of thing.

So why did you choose this single particularly?

Well I’m kind of trying to get music out now in the order of it being a journey of my musical life. I started writing when I left a pub (oh yeah, I was a pub landlord for a few years). Then I moved out to Australia, picked up a really cheap guitar and went from there. I played all my first shows out there and this was one of the first songs I wrote so I’m trying to get music out in the order… ‘Skint Love’, I wrote even before that. So bang, bang, bang. And then the tracks that come out after this will be songs that I’ve written then more recently. That’s a scary thought because I write so many songs now, so there’s a shit load of music coming out.

So you spoke about Mick Jones & Dirty White. How did that musical relationship come about?

We met a few years ago through the Rotten Hill Gang. I was very honoured to play a part in their TV show, along with a bunch of music royalty. I got to know Dirty White (Gary) & Mick better; started seeing a bit more of people and then Mick had his rock & roll public library exhibition at the BMI Venice, and I was very fortunate to be flown out there. We performed together in Vivaldi’s courtyard. I played in a set then we played an encore together with the Sugarmen (who he’s also produced a bunch of great tracks for). After that, we started getting in the studio to demo some stuff and went from there… it’s all been very organic really, which is nice, and the studio is a great place to work from.

Mick Jones is a bit of a big name…

Obviously Mick’s got a great reputation full stop. He’s an absolute gem of a bloke and so is Dirty White. They are a couple of kings, very kind and influential. So yeah, it’s just a joy to be working with people such as them on tracks that I’ve penned alone, or with my right-hand man Jared. Very privileged. 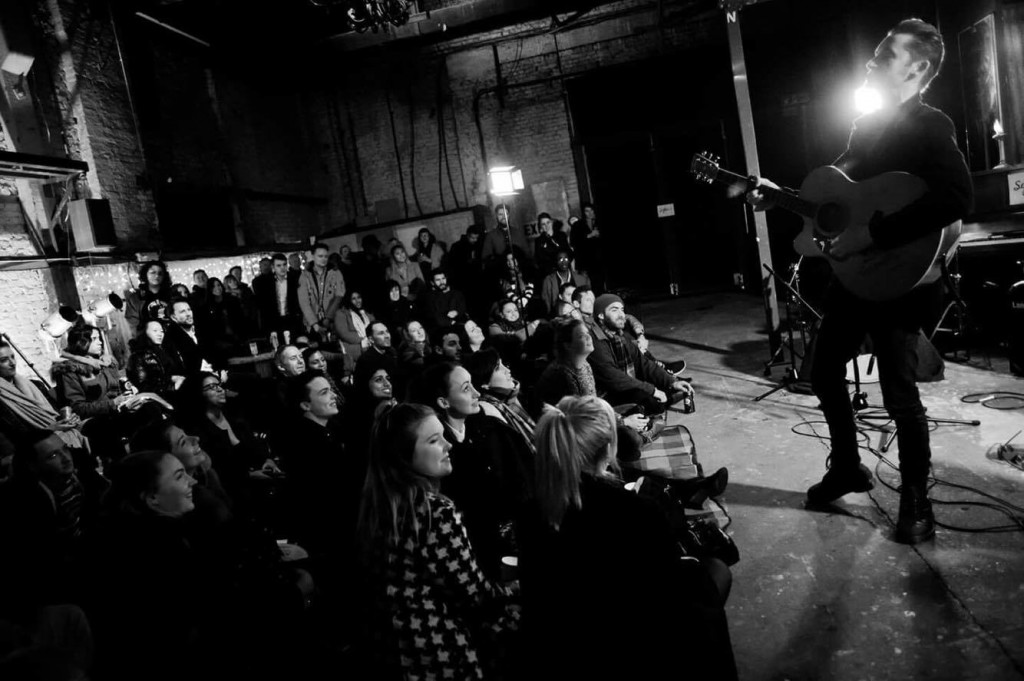 I know this is a loaded question but are you kind of hoping for the same kind of success that Mick has aided with, say, Pete Doherty & The Libertines, or are you looking to go your own way with it?

I wanna be myself, you know. You’ve gotta be yourself because everyone else is taken, aren’t they. Originality is key. I regard myself as being a very original artist and the tracks that I come out with, well, I think they’ve got a certain, raw, gritty sound.

You have that kind of nostalgic romanticism, rock and roll sound…

Yeah! It’s got a bit of that rock and roll but it’s also they’re quite pop-y tracks but also not pop-y at all. If that makes any sense… distorted guitars, energetic, etc…

Do you try and avoid the whole pop thing?

I would like to avoid the whole pop thing yeah.

Not an Ed Sheeran fan then?

I admire what the guy’s done. Bloke on his own, essentially self-employed and he’s selling out arenas across the world. Personally I wouldn’t buy the guys records, but fair play to him.

In terms of the music has the last year in politics and everything had any effect on it or are you just purely on your own path? Like “I’m not even thinking about that”?

Yeah, I’ve tried to close myself off from a lot of stuff because its easy to get bogged down in it.

I know you have touched upon the state of inequality in ‘Tsunami of Suits’ that you actually did in Alexandra Palace just round the corner from here.

Yeah, that track is recorded and will come out at some stage. It’s a song about the city that we live (just about survive) in. I couldn’t help not avoiding that topic because I’ve always had to work in cafes/bars to be able to keep my head above water down here. When I worked bang central, I was surrounded by it and it really annoyed me. Just the way the guys working in the city tend to operate, they tend to look down on people…

Yeah exactly, ya know getting a coffee, keeping the receipt to expense it. So yeah I try not to let the world bother me too much, obviously we’re going through some strange times, if you think about it too much you’re gonna be borderline suicidal. So I try not to think about it.

How do you think this whole situation could affect the creative industry?

It’s already affected I’d say…it’s mad because it’s all these like Brexit, Trump within a few months of each other. The worlds taken a huge change all of a sudden that the majority of people like myself didn’t want and didn’t see coming, and it’s like what do we do now?

As an artist surely you have so much more writing material?

It’s a lot to write about. So yeah a lot of artists are feeling very inspired by what’s around them. But maybe there’s other things people can do other than sitting in their rooms writing a song. It’s a tough one innit, it’s fucking hard.

I saw recently that Kasabian said that guitar music is dead. And they’re coming to bring it back. How do you feel about that as a singer songwriter that mainly uses the guitar?

I don’t think guitar music is dead at all. It’s a bold statement, but you know they’re a bold (and very good) band. Part of their thing is to be making bold statements, so whatever.

Finally, you’ve got a lot of releases coming up over the next few months…

Yeah, there’s gonna be, we’ll start with this single and you know I can promise that there’s a lot of music that’s gonna be hitting people hard in the face. It’s gritty, its naughty and some of it’s a bit sexy.

What are you hoping will be the main takeaway for listeners?

The vibe. The realness. I hope it’s refreshing for people to hear something that is real, some real stories. I’d like to maybe release some poetry books to go alongside them. With the lyrics so they can read the actual stories that are in those tracks.

Take a listen to Tom’s latest track – Not The Life She Planned: