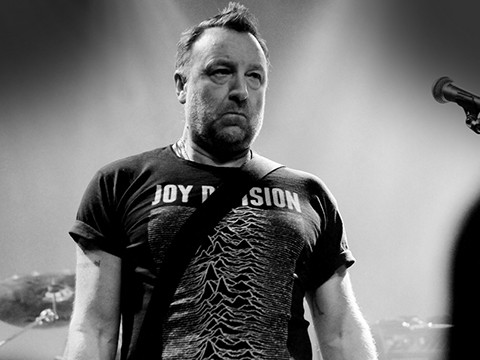 The band’s former bass player is suing the group for “many millions of pounds”.

Post-punk legend Peter Hook is suing his former band New Order in a royalties dispute. The former Joy Division bassist — who left New Order in acrimonious circumstances in 2007 — has accused “former friends” Bernard Summer, Stephen Morris and Gillian Morris of “pillaging” the groups assets, and leaving him around £2.3 million out of pocket. Hook now performs a collection of Joy Division and New Order material in his solo outfit Peter Hook And The Light.

Hooks lawyer, Mark Myeth, has described the legal move as “clandestine, premeditated, and deliberate”, as  per the BBC. The remaining members of New Order have, however, responded by saying that Hook has received his fair share in royalties since his departure. David Casement, who represents the band, has labelled Hook’s claim as “completely misconceived” and told court that Hook was either intent on “obstructing” the group’s continued global success, or that he wanted to “rejoin the band” (via BBC). Given Hook’s heated departure from New Order in 2007 and his solo success, it seems unlikely that Hook is pushing for a New Order return. Moreover, the High Court judge rejected the notion that Hook’s “true motive was to get back into the band or spite the defendants”.

Earlier this afternoon, Hook commented on the lawsuit on a statement on the Rolling Stone website:

“I’m naturally delighted with the decision made on my application to the High Court in London last week. It found in my favor and justifies the stance I have taken.  The Judge made a number of important points when giving his judgment and rejected a lot of the Defendants’ submissions. Both sides’ costs in this case are very substantial. I was obviously pleased that the Judge ordered the Defendants to pay mine. I’m very happy with the outcome and it bodes well for the future. I am grateful to my legal team for the hard work which went into achieving this judgment”