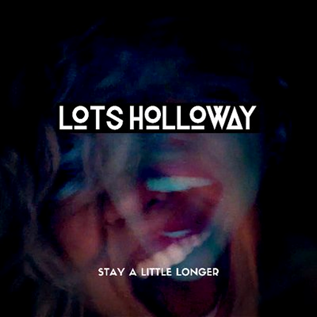 Lots Holloway's new track will lure you in alongside a mesmerizing music video.

London based artist Lots Holloway released her new single, “Stay a Little Longer” last month, and she accompanied it with a real impressive, and psychedelic music video.

The video renders out at 3 minutes and 13 seconds long, and the visuals compliment Holloway’s special brand of pop. The song itself has the feeling of a snake charmer, and the video really captures the same feel, with different shades of blues and reds fading in and out throughout, almost like a visual equalizer.

The visuals are simple, shot with a handicam or a computers webcam style, Lots Holloway’s is the main protagonist of the video, with a mid shot of her in frame throughout the whole 3 minutes. Different shots of her face, hands and props are overlapped in transition and in different colour shades, which again feeds into an almost visual equalizer look.

The purpose of the video is almost to hypnotize the viewer to, you guessed it, stay a little longer, or at least maybe that’s what Holloway performs to the subject of this song. Other little details are introduced into parts of the video, such as, what seems to be owl eyes, or even the Turkish eye, as well as a ring like skull. It all adds up to create a very snake charming theme, which honestly, works perfectly, because it is really hard to take your eyes of this video.

Lotts Holloway really lures you in with this one, its hard not to be attracted to her impressive vocals and music, but what makes her music video more interesting is the fact that she produced it herself – Another string to her already impressive bow!

Give this music video a watch, believe me, its worth it.