Single Review – If I Burn (You Burn Too) – Tara Lee 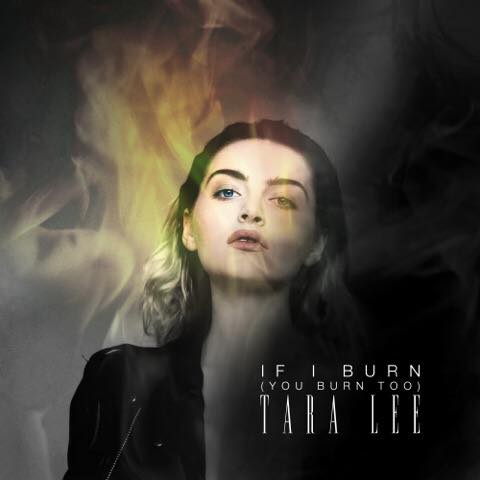 If I Burn (You Burn Too)

Hailing from Dublin, actress Tara Lee has quietly been composing and releasing songs for the last couple of years. She may have just caught a break in terms of her music career with her latest release, as it features in the new intro for the popular TV series, Jack Taylor.

You may recognise Tara Lee as a young Irish actress who’s acted alongside Gillian Anderson on The Fall, or maybe as Emma Kelly in the Irish TV show Raw. More recently, she had quite a big part in A Date For Mad Mary, playing the title character’s best friend Jess. What you may not have known, until now, is that she’s also a pretty good musician.

In 2014, Lee released a four-track EP titled Soundtrack. Soundtrack was a downbeat, piano driven affair that may creep back up again in the future if a full-length album is in the works. Just the other day, though, this young lady released a brand new track, ‘If I Burn (You Burn Too)’.

Compared to her other available released material, this is a huge step up in terms of songwriting and overall vibe. Granted, the song was seemingly composed with the Jack Taylor intro in mind, so a certain extent of professionalism and production quality should be expected, but this is a whole lot more welcoming to people who have never heard Tara’s music before.

The song centres around a simple bass-drum beat that drives through the track’s entirety, and creates the almost creepy vibe which is quickly perfected by Tara’s rather beautiful and seductive Pretty Reckless-esque voice. She absolutely oozes confidence throughout this track, which I’d argue was missing from her aforementioned 2014 EP. You can hear clear passion in her voice that is just begging to break through, but unfortunately this isn’t the song for it to do so as it has no real vocal climax – though that’s completely fair considering it was made for a TV series, and it more than succeeds for that purpose.

This is most certainly a wonderful rebirth for Tara Lee’s music career. Hopefully this track is a teaser of what’s to come, as we’re definitely anticipating a full-length album after having this particular tune on repeat since its release.

‘If I Burn (You Burn Too)’ is featured on the returning Jack Taylor series, available on be3 (formerly UTV) in Ireland. The full series is also available for streaming on Netflix, with the latest episodes being expected on the platform soon.