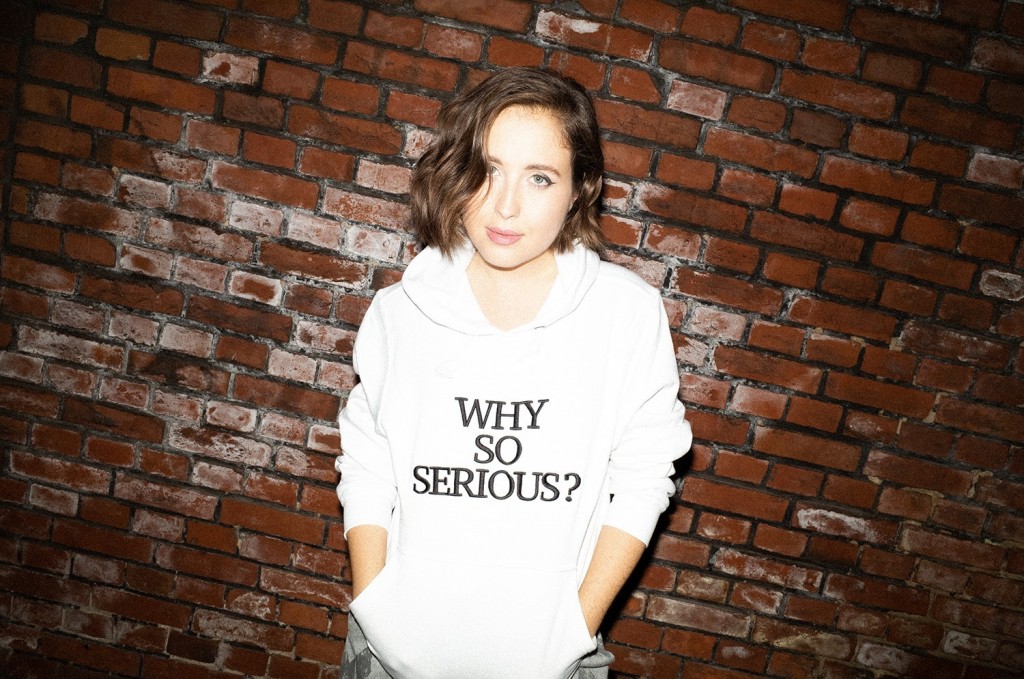 Alice Merton - Why So Serious

Following 'No Roots' was no easy fete, but Alice has proved that she has plenty more tricks up her sleeve as she continues to impress us mere months shy of her debut album.

Due for release in January 2019, Mint will be UK born Alice Merton’s debut album, which many people are hotly anticipating due to the overwhelming success of the German based singer-songwriter’s stunning debut single, ‘No Roots’. ‘No Roots’ detailed her experience of constantly moving homes as a child, but more importantly it showcased her mission statement to perform and write music that she herself has a love for, and to be an artist that she can be proud of being. It was this independent way of thinking that saw the birth of Paper Plane Records Int., run by Alice and her best friend Paul.

Fast forward to today, and we’re a few months shy of Alice’s full-length debut album. To give us a tease of what to expect, she’s released her follow-up single to ‘No Roots’ – ‘Why So Serious’. This time around, Alice is attempting to share her positive outlook on life with the rest of us, questioning when and why the world has become so negative and “serious”.

Alice’s genius shines through here once again, as she’s created a compelling tune that could top any mainstream chart it pleases, while also boasting a lovely unique sound driven by awesome electric guitar riffs underlined by crisp and crunchy bass tones. The mix of the poppy vocals and the almost grungy instrumental creates a wonderful blend, one that I hope is explored even further come Mint.

Alice Merton has set the bar high at such an early stage of her career. After listening to ‘Why So Serious’ it’s no wonder so much hype surrounds her upcoming album. We’ll be keeping a close eye on Alice’s work as we get closer and closer to Mint’s release, and to say we’re beyond excited after the initial singles would be a criminal understatement.