Review: The Cribs – For All My Sisters 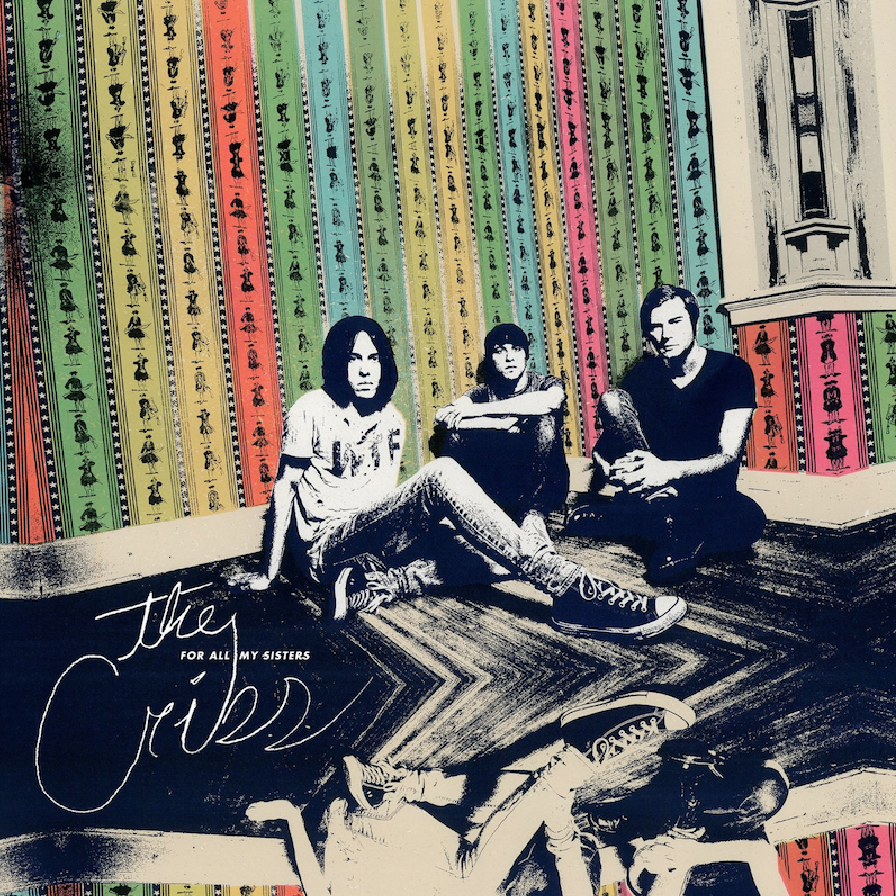 Their stripped back rock/pop sound is classic and they have a formula which has clearly proved a success over the years.

Indie rock band The Cribs have just released their sixth studio album For All My Sisters. The three-piece from Wakefield, Yorkshire, comprising of twins Ryan and Gary Jarman and their younger brother Ross Jarman, have been making music since 2001 and have received the Outstanding Contribution to Music award at the annual NME Awards.

The band singed with Wichita Recordings and released their debut album The Cribs in 2004. Subsequent albums The New Fellas (2005) and Men’s Needs, Women’s Needs, Whatever (2007) charted highly and provided the band with some of their most successful and well-known singles such as Hey Scenesters!, Mirror Kissers, Men’s Needs and Moving Pictures. The band also released a best-of compilation album entitled Payola in 2012 to mark their 10th anniversary. In 2014 they signed with Sony RED and it was announced that their sixth album was to be produced by former The Cars frontman Ric Ocasek.

Even though it’s their sixth album the band haven’t lost their way and stay true to the sound they first introduced themselves to us with. Finally Free is an opening track that demands attention. The Cribs want us to know that they’re back with a bang! This track has the classic guitar-heavy sound The Cribs are known for and Ryan pushes his vocals to the limit hitting some pretty impressive high notes.

Different Angle is classic Cribs: guitar riffs, harmonies and Ryan’s distinctive vocals. It’s my favourite track off the album and has strong potential as a single. I can see it being a new crowd-pleaser on a level with Mirror Kissers and Hey Scenesters! The first single from the album Burning for No One comes in as a close second for my favourite track. I love the catchy, up-beat guitar riff opening contrasted against the heavier sound for the chorus. The video is well worth a watch too: the brothers find themselves on a desert island inhabited by a family of pigs which they end up befriending. They sing to the camera without their instruments and for a moment I thought they were going to burst into a boyband-esque parody dance routine in the vein of Blink 182’s All The Small Things but alas!

Spring on Broadway has a rocky edge to it compared to the rest of the album and for this reason is one of the album’s standout tracks. Also worth a listen is Summer of Chances and Mr Wrong which has an opening very much reminiscent of Hey Scenesters! and a very raw quality to it with the heavy drum beat throughout and the guitar riffs that almost seem out of time but are a classic Cribs stamp. An Ivory Hand is punctuated with electric guitars and may sound familiar to big Cribs fans as it was the teaser track which was used to introduce the forthcoming album. Pink Snow provides the outro for the album and is very progressive and atmospheric. It’s highly instrumental and experimental and I think it’s ideally placed as the final track on the album.

Overall For All My Sisters proves that The Cribs are talented musicians who take things back to basics and don’t feel the need to rely on electronic enhancement. Their stripped back rock/pop sound is classic and they have a formula which has clearly proved a success over the years. I’ve been a Cribs fan for many years now and for me the album is everything I was expecting it to be. Cribs fans will definitely enjoy this album and those of you who are unfamiliar with them should definitely give them a listen. The Cribs have proved that alongside Yorkshire tea and Yorkshire puddings they’re one of the best things this Northern County has produced!