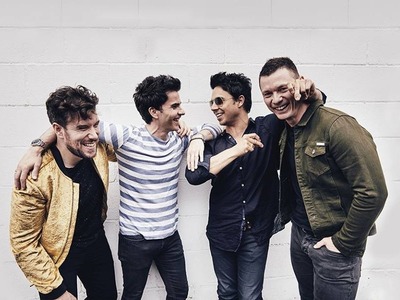 Their debut may be 20 years old but the Stereophonics are far from finished, with their latest album 'Scream Above the Sounds' out on November 3rd followed by a probable UK arena tour, you wouldn't bet against another 20 hugely successful years of this gem of a band.

Welsh rockers Stereophonics hit the east coast to a raucous crowd as they warmed up for their latest headline set at Victorious Festival.

On the week of the 20th anniversary of their debut album Word Gets Around, the band gave a rare outing to their first single ‘Looks like Chaplin‘ to open the gig which was loaded with old classics mixed with songs of their last album ‘Keep the Village Alive’; in which C’est La Vie could ultimately replace Dakota as the bands biggest track from a crowd reaction point of view.

Along with the latter music, the band gave their new single and next single a run out which gained a great reception from the near 4000 crowd.

More rarer outings followed as the band rocked into ‘Vegas Two Times‘ before the band ripped through classic after classic from the first two albums with a run that included huge hits ‘Just Looking, Pick a Part That’s new, A Thousand Trees and Local Boy in the Photograph before ending the main part of the set with Bartender and the Thief.

Kelly Jones and the band had one final rarity up their sleeve as they came back on stage to play ‘Step on Your old Size Nines‘ before ending the set with Mr Writer and Dakota.

Their debut may be 20 years old but the Stereophonics are far from finished, with their latest album ‘Scream Above the Sounds‘ out on November 3rd followed by a probable UK arena tour, you wouldn’t bet against another 20 hugely successful years for this gem of a band.

Watch the band perform future single ‘Caught by the Wind‘ from the gig below: