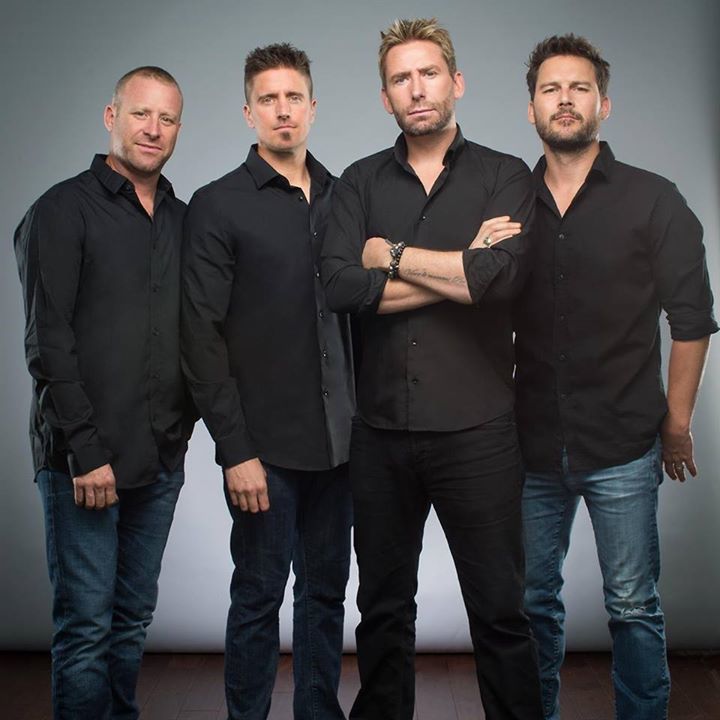 Nickelback are experts at putting on a top notch rock show, and this night in Dublin was a prime example of just how good they can be in a live setting.

Canadian rockers Nickelback take their tour to Dublin eight years after their last performance, this time taking the stage in the 3Arena.

Yes, last night ended the wait for Irish Nickelback fans who have been waiting to see their heroes again since their show in the RDS in 2008. Last night, as they took over the 3Arena, I think it’s fair to say Dublin were treated to a top-quality rock show.

Kicking off the night were fellow-Canadian southern rock band Monster Truck. These guys are coming off the release of their second album from the start of the year, and made it clear in their short set that they are one to keep an eye on. Bluesy riffs, catchy melodies and upbeat tunes made for a great start to the night, capturing everyone’s attention and creating further hype for what was to come.

With a few minutes to go before 9pm, the lights went out as the crowd erupted with excitement for Nickelback’s arrival. Wasting no time, the Canadian rockers launched into ‘Edge Of A Revolution’, a single from their latest album, No Fixed Address. Instantly, it was clear that everyone in the room were about to witness a seriously great show.

As the first song came to an end, the band would show off just how much fun they have performing on stage, as their between-song-banter is second to none. Frontman Chad Kroeger jokes with the crowd like few others can, telling stories about their nights in Dublin’s pubs and how they’re able to stand on stage and sing “silly” songs with titles like ‘Something In Your Mouth’, which they’d go on to perform next.

Following a blistering performance of the fan-favourite tune ‘Animals’, Nickelback took their first trip down memory lane with an older track. Before performing ‘Too Bad’, Kroeger made it clear he wanted people on the floor to jump in time to the chorus, as it looks “badass”. Of course, the crowd complied as they lovingly sang along to one of the band’s bigger hits of the last decade.

Unfortunately, this lead to a lull in the set. The vast majority of songs that followed were ballads or primarily downbeat and, while they were mostly hits, it did kill a bit of the buzz that was alive in the seated area of the venue. The band even inexplicably opted to perform their more upbeat songs in a “metal jam” that would consist of sections from ‘Flat On The Floor’, ‘Woke Up This Morning’ and ‘Fight For All The Wrong Reasons’, all of which lasted maybe two minutes. At one point in the show, Kroeger and guitarist Ryan Peake moved to the front of the stage equipped with acoustic guitars to perform a cover of Big Wreck’s ‘Mistake’, which, while beautiful, is a song most Nickelback fans would only be familiar with if they knew the original or were die-hard enough to have followed Nickelback’s previous live CD releases, further killing the atmosphere a little bit more.  Luckily for Nickelback, songs like ‘Photograph’, ‘When We Stand Together’ and ‘Lullaby’ kept the crowd singing along and entertained for the most part.

The audience was truly woken up again when ‘Rockstar’ was performed, featuring a special guest from the front row of the crowd, a red-haired confident Cahill from Dublin. After sending him back into the sea of people, the band would perform ‘Gotta Be Somebody’, before closing their main set with their most successful hit to date – ‘How You Remind Me’. This is a true treat to witness live, being one of those songs that nearly everybody in the world with access to music knows of, there wasn’t a silent body in the building.

After waving themselves off stage, Nickelback would return for a 2-song encore set, opening it with a surprising cover of Foo Fighters’ legendary track ‘Everlong’. Ryan Peake would promote himself to lead vocals for this one, and truly amazed the crowd with his vocal prowess that may have otherwise gone unappreciated. Going out with a bang is something these men have always known how to do well, and last night was no different as they finished the concert with an incredible rendition of ‘Burn It To The Ground’. This was a wonderful way to send everyone home buzzing with joy after having just barked the chorus’ demanding “HEY” back at the stage.

Nickelback have proved time and time again that they are experts at putting on a top quality rock show, and last night further sent that point home. Chad & Co. are a pleasure to witness on stage as they clearly enjoy what they do and don’t hide that fact during their on-stage banter between each other. Despite slowing the set down quite a bit following the first three songs, this is a night that Nickelback fans will fondly remember for a long time.