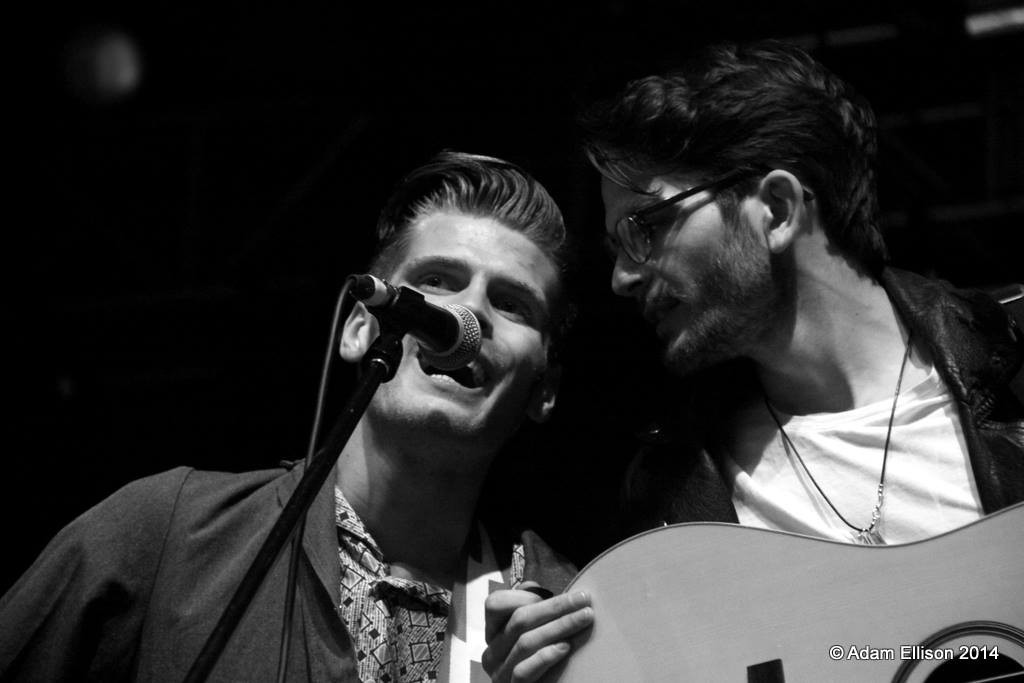 An energetic and stunning performance featuring a slight, albeit welcome, change in sound makes for a great night with Hudson Taylor.

With a solid album and a couple of new songs hidden up their sleeves, Hudson Taylor return to their hometown of Dublin to grace our newest music venue – The Bowery.

The Bowery is a stunning fixture in the centre of Rathmines. From the outside it barely looks different from your average pub, but step inside and you’re transported to what can only be described as a pirate-ship themed bar, with the stage at the far end even being reminiscent of the helm of a large ship. This is something the Hudson Taylor brothers would have great fun pointing out in the form of puns later in the night. All in all, the venue is stunning, and seems to be Dublin’s best kept secret at the moment.

Kicking off the night was the always wonderful Craig Gallagher, who brings with him a lot of newfound experience after touring with Ireland’s own Gavin James. Singing a mix of his relatable and sweet original tunes and an astounding cover of Elvis Presley’s ‘Can’t Help Falling In Love’, Gallagher did a prime job of warming the Bowery up for what was to come.

Not long after Gallagher left the stage, Hudson Taylor would take his place, met with a roaring applause. To say they have a loyal fanbase would be an understatement – something that would be further proven as nearly every song would be sung back at the lads with full force.

The setlist was pretty much standard for a Hudson Taylor gig. We heard all the usual fan favourites, including ‘Care’, ‘Chasing Rubies’ and ‘Battles’. We were treated to a few debuts of new, unheard material such as ‘One In A Million‘ and another fun tune that resides under a working title of ‘Whoa-Oh’.

The beauty behind seeing these guys live is how you’re guaranteed a completely different show than you’ve seen them play on a previous tour. For example, last night showed that Hudson Taylor seem to be evolving towards a groovier, somewhat bluesier sound, which they can pull off very well. The amazing thing about this, though, was that they didn’t let their older songs fall behind. Rather than perform a mix of new and old sounds, they’ve managed to incorporate their slightly new style into their hits. This was seen right off the bat, when they performed ‘Weapons’ but added a neat little breakdown into the middle of it. These breakdowns were a feature of many of the tracks performed last night, many of which were lead by the show-stealing Tadgh Walsh-Peelo on violin. Adapting old songs to sound fresh while retaining everything the audience loves about them is no easy feat, but these boys have the art perfected.

Frontmen Harry and Alfie are known to rarely, if ever, disappoint on a live stage, but it’s their evolving sound through each gig we’ve seen that makes them fascinating to watch and continually brings us back for more. We can also confirm, with great pleasure, that their new material is superb. We can’t wait to hear the studio versions of some of these new tunes, and hopefully we won’t have to wait too long!