Live Review: The Heavy @ The Hippodrome, Kingston upon Thames 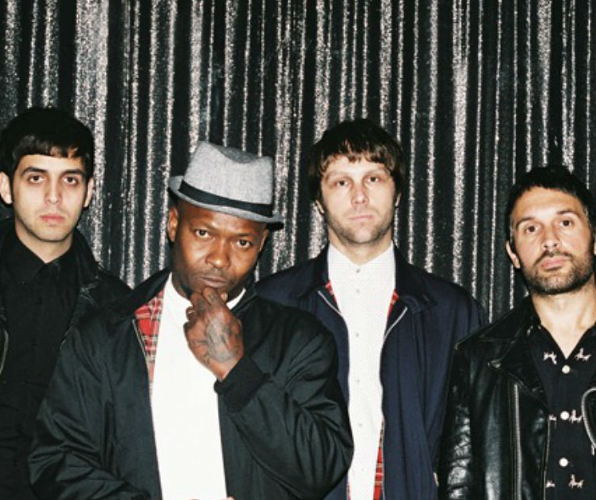 The Heavy are refined musicians with an assertive sound similar to The Black Keys, and following the release of their new album that exploits their live energy, it all looks very promising for them.

The Heavy played a kinetic set at The Hippodrome in support of the release of their new album, Hurt & the Merciless.

The Bath quartet, best known for their neo-soul rock ‘n’ roll, performed songs from their new album, including ‘Since You Been Gone’ — a prolific track filled with the en masse calls of “the rain drops don’t stop falling.”

This is a band that puts the grooves into an audience without trying; an uber-cool stage presence coupled with  lead singer Kelvin Swaby’s suave self-assurance makes them a must-see live act.

“Reminiscent of The Kink”

They also performed songs from their previous album, The Glorious Dead, including ‘Same Ol’’; with opaque drum beats, it’s a track with a lot of attitude. The instrumental for ‘Same Ol’’ was also featured on Quentin Tarantino’s The Hateful Eight trailer. Another Hurt & the Merciless track followed, ‘Turn Up’, with it’s infectious beat, Swaby’s distinct vocals and the up-tempo rhythm inspired a new generation of equally good and bad moves from the audience. That said, there isn’t a single person that doesn’t move at a Heavy gig.

‘Short Change Hero’ was perhaps the highlight of the show, with its dark Ennio Morricone-esque sounds and sharp lyrics. The Heavy blend rock ‘n’ roll and blues with classic R ‘n’ B to create songs plethoric in melancholy and abstraction.

With an intro reminiscent of The Kinks ‘You Really Got Me’, the band played ‘What Happened to the Love?’. The Heavy combined anthemic vocals with funky rhythms for most of their set and ended the night on their most well-known track ‘How Do You Like Me Now?’

The Heavy are refined musicians with an assertive sound similar to The Black Keys, and following the release of their new album that exploits their live energy, it all looks very promising for them.