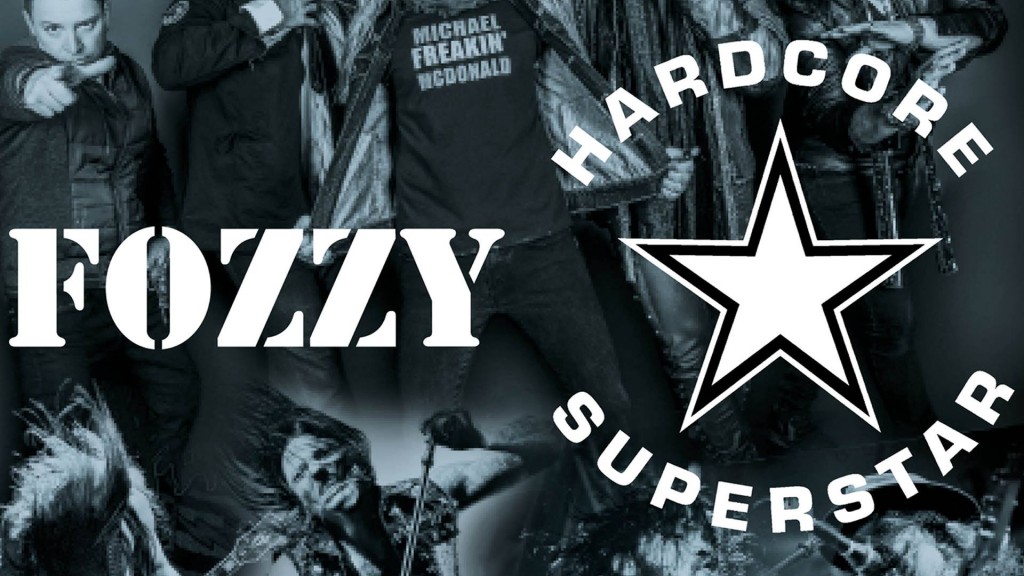 Hardcore Superstar and Fozzy lit up the Tivoli in ways that few else could. Another fantastic showing - these are two of the best live bands we've seen this year.

In support of their latest album, Judas, Fozzy have embarked on a co-headlining tour with Swedish rock band Hardcore Superstar. Last night, they brought their show to a loyal legion of fans in Dublin, Ireland.

The Tivoli Theatre was recently refurbished to allow for live music on a bigger and better scale than ever before, complete with a top quality sound and light set up. This was our first time reviewing a live gig there, and what better way to experience this place than a metal show of this calibre?

Kicking off the night was The Last Band.  The irony of their name was not lost on them, as they made jokes about it throughout their set. In between these jokes were heavy riffs and great vocals that served as an excellent introduction for what was to follow. They’re still in the early stages of their career, but these boys are definitely ones to watch, they’ve got a great sound and a lot of confidence in their stage show.

Madame Mayhem would continue proceedings shortly after The Last Band. It didn’t seem as though too many people in the audience were aware of who these were, but by the end of the set they had definitely won us over. Think Halestorm meets Paramore and you’re somewhat close to the sound this group boasts. Notable moments from their set included ‘Monster’ and ‘Hurt Me’, both of which received loud reactions and showcased just how good this band is.

Admittedly, I didn’t know a whole lot about Hardcore Superstar ahead of this gig, and they turned out to be one of the best live bands I’ve seen this year. Greeted by a roaring applause, Hardcore Superstar bring hard rock and fun together seamlessly, encouraging sing-a-longs with their catchy anthems, especially with the likes of ‘We Don’t Celebrate Sundays’ and ‘Last Call For Alcohol’.  If I took anything away from last night, it’s that I’ll be welcoming this band back with open arms when I next see their name on a poster for a Dublin show.

How do you follow a crazy, energetic set like that? The main event was up next; Fozzy. Launching straight into their latest single, ‘Judas’, Fozzy had this crowd in the palm of their hands. People on the floor went straight back to jumping around and head-banging – rest just isn’t an option when faced with this band’s infectious energy. Guitarists Rich Ward and Billy Grey never disappoint with their insane bouncing around and flawless riff blasting, while bassist Paul Di Leo has mastered a style of his own that fits in perfectly. The great Frank Fontsere holds fort at the back of the stage behind the drumkit, leaving frontman Chris Jericho to command the crowd with his undeniable stage presence. Leading the people through a top-quality setlist with favourites such as ‘One Crazed Anarchist’, ‘Lights Go Out’ and ‘Enemy’, I’m sure everyone will agree that this is the best we’ve seen Fozzy in Dublin.

The audience were treated to a nice surprise when Jericho and co. changed the end to their setlist to appease the venue-wide chants begging for the band’s rendition of ABBA’s ‘SOS’, and they more than delivered. Fozzy had the Tivoli rocking like never before, and was the ideal choice to end this show.

Last night was packed from start to finish with amazing, heavy music. Each band seemed to top the previous one, against the odds. Hardcore Superstar made a ton of new fans, and Fozzy proved why they are a force to be reckoned with in the metal world. Do yourself a favour – don’t miss their next show.