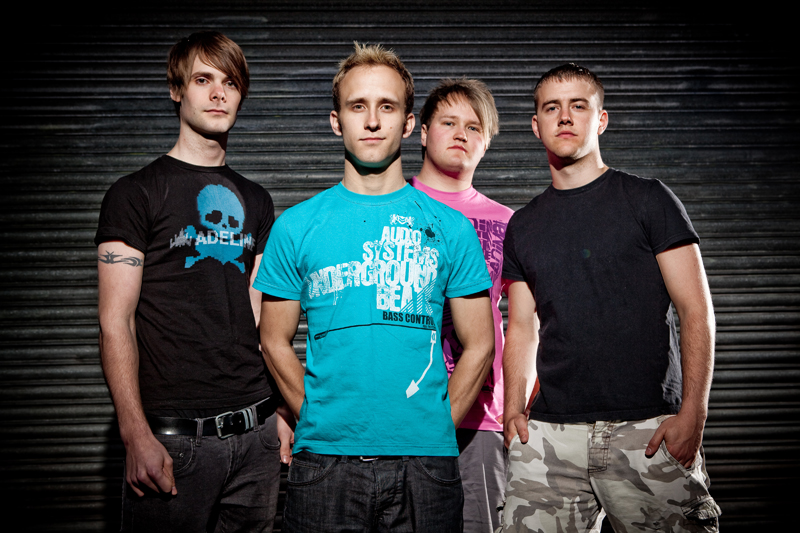 They are the only band I have witnessed perform a Busted song, and still manage to make it work for them and create a buzz in the audience.

Welsh pop-punk four-piece, My Favourite Runner Up, ended their UK tour at Surya in London; they took to the stage alongside Leo Kai and Maven. Despite it being in a very small underground venue they managed to fill it with energy and atmosphere.

Following on from Leo Kai’s acoustic set My Favourite Runner Up took the stage with an instant impact. They got the audience included from the start and made them move up to the edge of the stage to make the room more compact. The bouncy riffs had the audience hooked and tapping, if not jumping, along to their own music.

Their music sounds very familiar, even to the members of the audience who have never heard them before as they have a very up-beat, happy and slightly generic sound. They included two covers in their set, one being a very unexpected rendition of Busted – Year 3000. They are the only band I have witnessed perform a Busted song, and still manage to make it work for them and create a buzz in the audience. They managed to get a lot of the crowd involved with singing along, echoing words and clapping in time to the rhythm; this made for a much better show as the involvement made the small room feel much more personal.

Their final song was a cover of The Offspring which they got the audience on stage to party with them to celebrate their last show of the tour. Several people did join the stage and sang along, although some stayed rooted in the audience. The frontman soon changed this as his jumping around on stage moved to the audience where he got them participating and at one point got the whole room knelt down, ready to jump to the beat of the song.

My Favourite Runner Up are an excellent pop-punk band that managed to get the small audience moving along to their music. They are definitely a must-see band, and improve each time as members of the audience at Surya have said after travelling long distances see them; one group coming from Brighton.