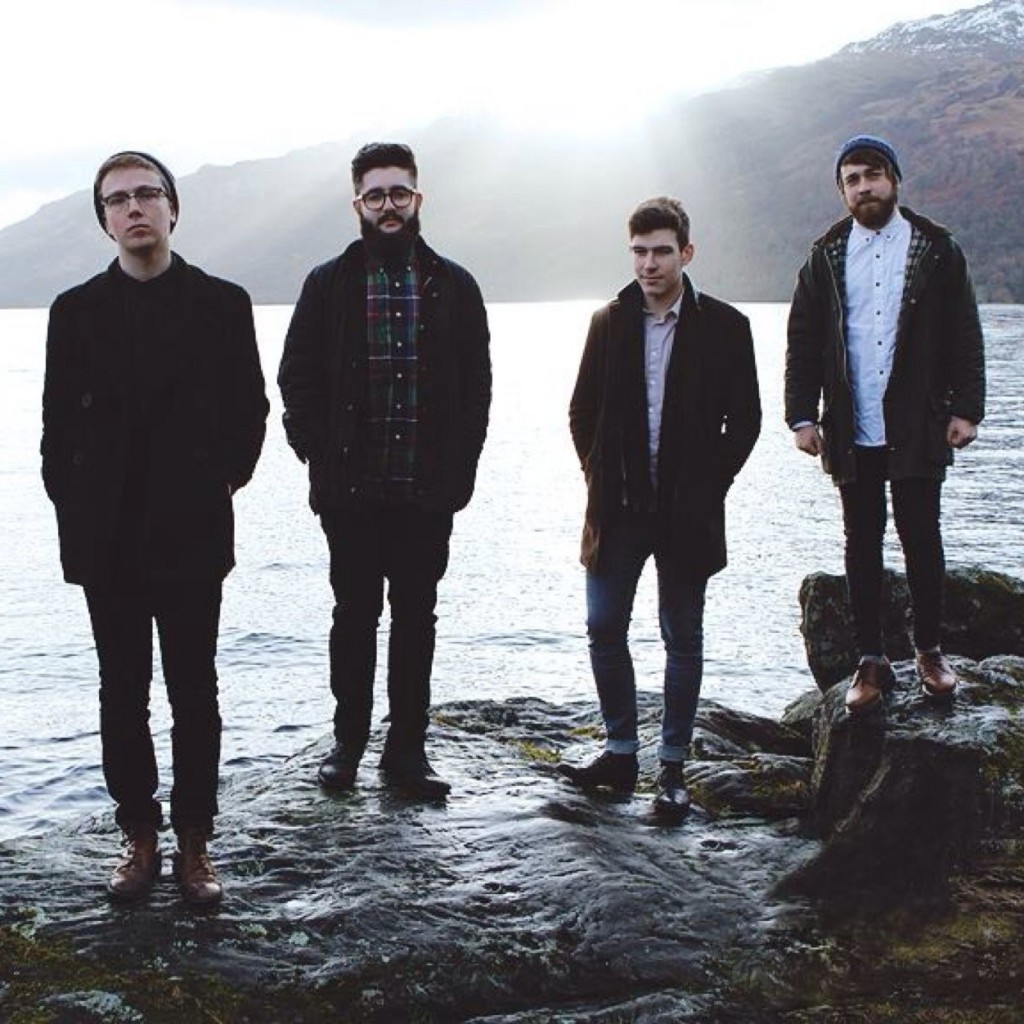 Christ it was cold! We might have made it through to November but as far as I’m concerned this was the first truly cold night of the year, though this might have been because I stood outside London’s Borderline venue for a good 10mins waiting for my plus one. The cold and the opening songs from first act Bones made that wait pointless as I buckled and went in without him.

What I found upon going downstairs was a ballsy three-piece storming through their set with swagger, sharp guitars and wait a moment, is that Robert Pattinson on the pads?! The trio, playing Joan Jett influenced punk and fronted by two girls who might have given Joan a run for her money appeared to have hired Edward Cullen to complete their set up, complete with loose fitting white shirt! Though once I had gotten over the shock, I found them a really entertaining watch. With the high point coming at the end of the set when their frontwoman downed her guitar and bounced about to a great Helter-Skelter cover. Unfortunately the crowd failed to follow suit.

The lull between bands allowed for the usual pint buying and for me to locate my plus one who unfortunately had done in his back a couple days before, which ultimately led to us finding a spot near the back to sit down. Are we getting older?

A Plastic Rose, the main support act, drew obvious comparisons with Biffy Clyro and Manchester Orchestra. Moving back forward to perch by the bar we found a set filled with some great guitar hooks and a lot of great harmonies from Gerry Norman and Ian McHugh. Their song This Side of Winter was a personal highlight. Supposedly asked to support partly because of the ease of being based in Nottingham, a recent relocation back to their native Northern Ireland meant that they had traveled about 24hrs to play the show. Good effort lads!

The venue had been packed out for most of the night, and at the point that Fatherson’s frontman Ross Leighton entered the stage for the opening of An Island the crowd burst into song with “I am an island” ringing out in unison with him from all over the venue. The fact that the crowd sang along with most of the show rendered the vocal backing tracks used a bit pointless, but with the band seemingly genuinely humbled by the level of enthusiasm from the crowd it was clear they hadn’t anticipated this. And actually, coupled with the way Leighton interacted with the crowd there was an endearing shy nature to the bands presence on stage.

Having gone to the gig on a friends recommendation I was blown away by the set, with Foreign Waters and latest single I Like Not Knowing particularly standing out. Dust as well was fantastic, Leighton’s vocals tender but powerful, it was a great lead up to set closer James and still shone through despite some rather unhelpful background noise. “So go home, sober up, take the weight off your feet and just chill”, the final line of James repeated a capella by band and the entire venue until a huge final round of applause erupted and the band slipped away.

While bands like Fatherson may not be as intricate in their songwriting as those championed by Mr.Indie-Cindy, the immediately singable choruses and hooks make their gigs infinitely more enjoyable. You can really feel the emotion of both the band and the crowd baring all while crying out the lyrics.

After the gig I went around the corner to Molly Mogs pub and watched a transvestite sing Steps covers. Pretty good night really. Christ it was cold though.