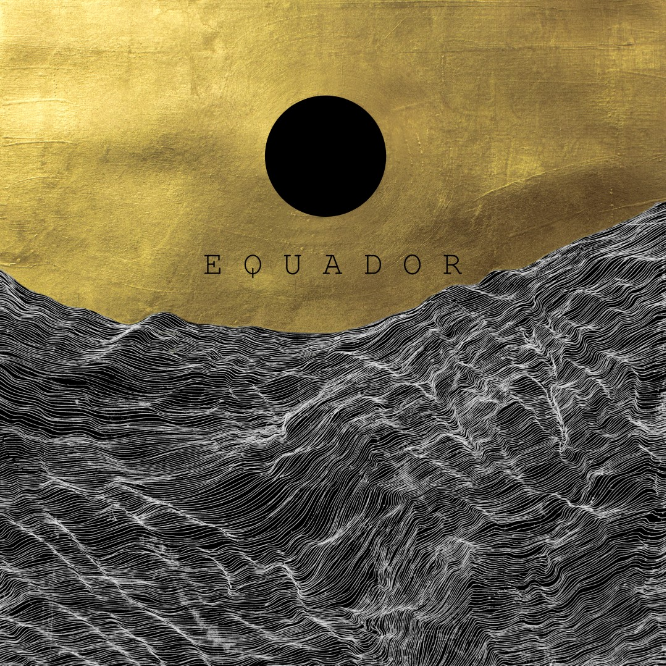 This EP follows the 2016 debut album release Bones of Man which received critical acclaim from the likes of Lines of Best Fit and Clash. When speaking of the EP Bo Bruce and Henry Binns said “It’s a little darker and tougher than the album. Slightly less esoteric and ethereal. A lot has changed for us and the album was a year or so in the making. We had less time to stare at our belly buttons for this EP and that can sometimes be a very good thing.”

The pair first met back in 2013 whilst working on tracks for Bruce’s top ten album and hit it off as a writing duo. In 2015 they began working on what was to become Ecuador’s debut album and haven’t looked back.

Opening track Belly Up builds slowly, with bubbling electronic beats rising as the track progresses. Guitars tinged with a funky edge are mixed with a breezy beat, resulting in a summery and achingly current sound. Bruce’s vocal grows and multiplies during the chorus before light percussion, echoing harmonies and electronic beats fade the track out.

Lead single Treble Oh is a flurry of electronica coupled with brooding guitars. The track opens with Bruce’s atmospheric vocal set against a delicate backdrop of subtle keys. Her vocal is incredibly clean and breaks through the silence like a knife. Electronic elements are introduced and Bruce’s vocal becomes gently distorted and takes on a crisp echo. The guitars come to the fore as the track picks up and the deep bassline and heavy drum beats draw a similarity to The XX’s signature sound. An incredible synth breakdown further adds to the ambient vibe and when fused with the bass guitars propels the track to a whole new level. Equador have added a really unique spin to an electronic track, creating a fresh and addictive sound.

Final track Prisoner is much more downtempo and showcases a deeper, more brooding side to Bruce’s vocal with a breathy edge. The electronic elements are striped back to make way for subtle, understated keys and a moving trumpet solo. The subject matter of the track feels a lot heavier than the rest of the EP and it also incorporates a heavenly vocal from Binns which resonates long after the final note.

Tribal War is short and sweet and leaves the listener wanting more. It’s most definitely a case of quality over quantity and Bo Bruce and Henry Binns have confirmed themselves as a pair to keep on your musical radar.

Tribal War is available now. Find out more about Equador here and have a listen to single Treble Oh below and watch the accompanying video that was filmed on location at an ex deserted Military of Defence building.