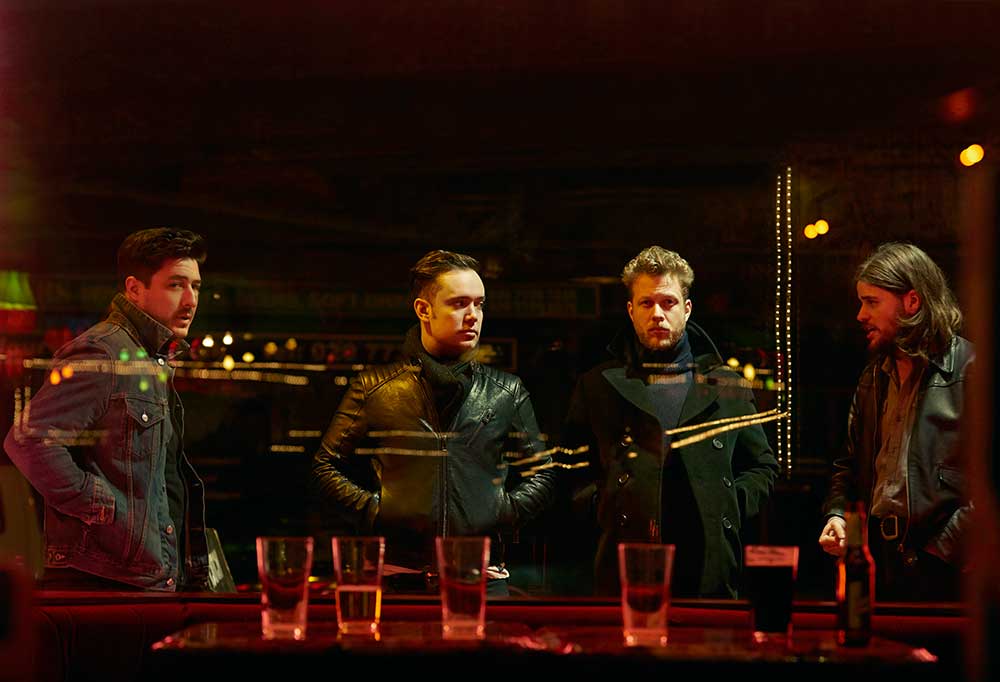 Mumford and Sons have at long last announced their return with a new album, Wilder Mind. It was announced earlier today on iTunes that the bands third LP will be out in stores on the 5th of May. The record’s slick, city skyline artwork was also revealed.

Working with producer James Ford, the man behind Arctic Monkey’s AM and Haim’s Days Are Gone, Wilder Mind was recorded in London, the band’s hometown. However, many hardcore Mumford and Sons fans who have been hoping for a record full of sentimental folkiness may be disappointed. As it turns out, Wilder Mind looks set to be completely banjo free. Frontman Marcus Mumford explained that the record is “a development, not a departure” from the band’s sound. “I think all of us had this desire to shake it up. The songwriting hasn’t changed drastically; it was led more by a desire to not do the same thing again… Towards the end of the Babel tour, we’d always play new songs during soundchecks, and none of them featured the banjo, or a kick-drum”.

A number of tracks on the record were written and demoed at Aaron Dessner of the National’s Brooklyn studio. Mumford added that “demoing with Aaron meant that, when we took a break, we knew it wasn’t going to involve acoustic instruments”. What’s clear, then, is that Mumford and Sons look set for a change in direction. Critic’s also look set to breathe fresh air into their reviews of the band’s work, following the ambivalent response to 2012’s Babel.

With tracks like ‘Monster’, ‘Snake Eyes’, ‘Hot Gates’ and ‘Tompkins Square Park’ set to feature on Wilder Mind’s track listing, May the 5th is definitely a date to write down in your diary.