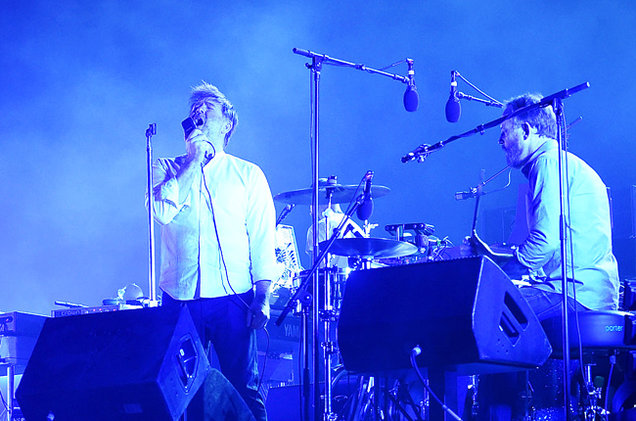 Last night (April 15), LCD Soundsystem paid tribute to the late David Bowie during their headline Coachella set by covering the singer’s 1977 track ‘Heroes’. The band, who are fronted by the ever-charismatic James Murphy, also played a snippet of fellow headliners Guns ‘N’ Roses’ ‘November Rain’ in the middle of their performance of ‘New York, I Love You but You’re Bringing Me Down’.

LCD Soundsystem covered David Bowie's 'Heroes' at Coachella, and it was just about perfect: https://t.co/eJI1S9Apus pic.twitter.com/SZs3QV8BAg