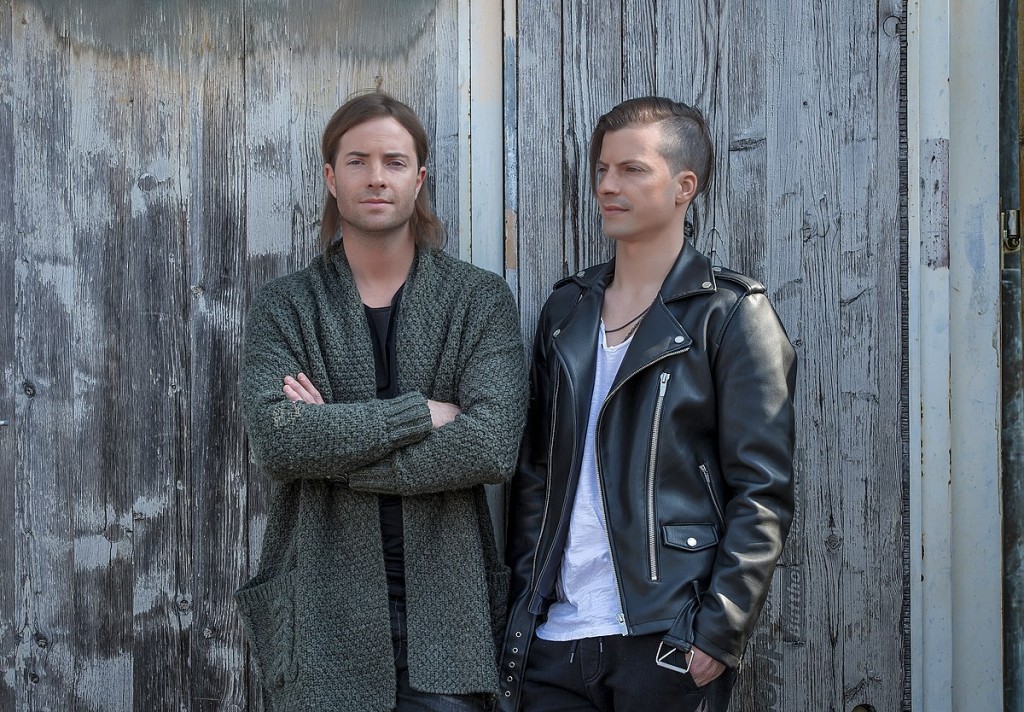 Alternative pop-rock duo Sinplus released their latest single, ‘Dreams’, not long ago. We caught up with them soon after to learn more about their background and where they go from here.

You’ve recently released your latest single,Dreams. How has the feedback been so far?

We strongly believe in this song and our fans love it. That’s great. Radios are playing it more and more, new countries and new stations. We have now the chance to cometo UK to play our first gigs there and playing a concert is the best thing we could ask for.

With the release of Dreams, it has to be speculated that you are more than likely working on a number of new songs. Is a new album in the works, perhaps? Can you give any hints as to when we might hear new music from you?
Our 2018 purpose for the future is to release all the songs we believe in. “Dreams” is our third 2018 single. We are not magicians, so we keep writing tons of songs, riffs and melodies until we find that one that has something more. Since we are big fans, next month we are also going to release a song for the football world championship.

Album? This is a good question. We will probably at the beginning of 2019.

Having supported the likes of Jimmy Eat World, Human League and Daughtry, what would you consider to be the biggest thing you learned while sharing the stage with these names?

There’s always a lot to learn, even only by listening a song. It’s our attitude. With supporting big acts, we learned that you need a good, efficient and fast setting of the stage and equipment. It’s important to be cool and express your feeling on stage without thinking of technical stuff. We always loved the kind of concerts where you feel energy refilled and where the crowed is singing along.

Would you consider any of those names to have influenced your sound initially? Are there any other names that have been instrumental in moulding your style?

We listen to Jimmy Eat World but can’t really say they influenced our sound. The list would be very long (haha). We grow up listening to a lot of different music styles. Our parents had a big vinyl collection with the classics. Later we went punk rock, nu metal, brit pop, indie, etc. Right now, we try to listen to as many different as possible kinds of music.

U2 is our favorite band.

Are there any rising artists who may not be known in the UK yet that you feel are one big song away from breaking out?

We really like Dean Lewis’ song ‘Waves’. He’s not very well-known but has great potential.

How do you plan to grow for the remainder of 2018? Any big plans in the pipeline?

During the summer we are going to play in some festivals (also in the UK!) and a club tour
during autumn is on the agenda. We also would like to release another song we have in
September. So, a lot of things going on. Keep on rocking!

Keep an eye out for more Sinplus coverage right here on Fortitude Magazine!