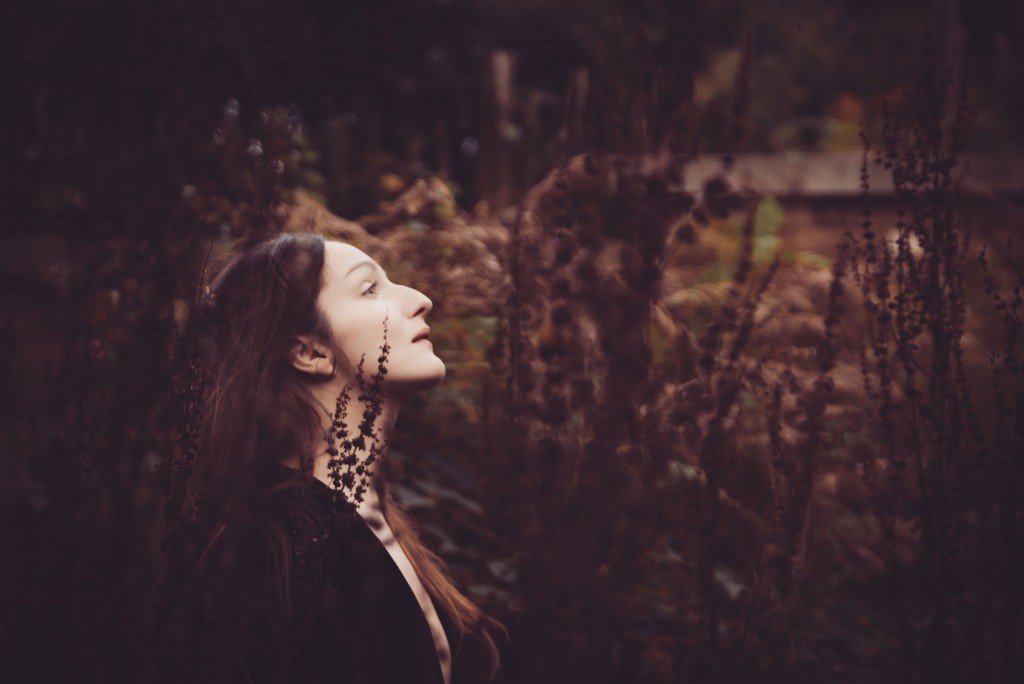 In just a few weeks Johanna Glaza will release her first album, Wind Sculptures. We caught up with her ahead of this to learn more about her life, her unique style and what to expect from her recordings.

Your debut album, ‘Wind Sculpures’, is set for release at the end of this month. What can listeners expect?
Piano led songs with experimental radiophonic arrangements, no synths or computers used. Some of the most ethereal sounds were created by using a barbecue oil drum… Expect quite an intense journey that will last 34 min only so that everyone can come back safely.
In addition, what message would you like to be received with your music?
I’m just sharing my experience and my feelings, weaving them into surreal images and mythological characters, hoping other people will recognize their own hearts in these songs.
Your single ‘Space Mermaid’ does a wonderful job showcasing your unique, artistic style. Where do you consider this style to have derived from? Any particular influences, musically or otherwise?
Thanks. I guess in a way I’m a latecomer. I wanted an album for a long time. But I take my time to let things happen and grow inside of me before they take a shape. Solitude is my best teacher. Most of the things happen in silence when it is invisible to other people. Sometimes it is invisible even to me. Also I had to stop categorising songs into catchy or not catchy, folk or pop…Instead I wanted to get on a journey and be not safe so that the songs I wrote wouldn’t bore me after singing them for a thousand times.
You’ve previously been tied to a band, Joanna and The Wolf. What did you find different when it came to writing solo material? Were there any particular obstacles or challenges you weren’t expecting?
I felt more free. I wasn’t obliged to give songs any particular shape anymore, they didn’t have to be squeezed into any sort of stylistic frames. I could take any risks and be prepared to make wrong choices without any responsibility for 3 other people. It felt good to be responsible for my own success and failure. The only challenge I had, and I loved it – was to learn playing piano as soon as possible in order to be able to play my songs anytime anywhere.
‘Wind Sculptures’ has been described as an album that is “deeply personal”, reflecting your life’s most difficult experiences. Is there any particular track that encapsulates this notion?
I guess in ‘Wind Sculptures’ and ‘Coming Home’ there are moments where the lyrics and the production makes everything feel very close – the torchlight pointed right to my gut.
Following the release of the album, have you any plans to embark on tour? Where are you looking to perform?
I’m starting my European gigs with two Berlin shows this month. American shows will happen a bit later than I thought now. But I will be taking my songs to a lot of places – Paris, Lisbon, Stockholm too. I’ll have more info soon.
What can fans expect from a live performance? With a style so different and interesting in the studio, what sets your live show apart from others?
My songs. I make sure they grow into strong independent creatures – production or no production they bring a lot of distinct energy into the room, never failed me so far. In fact it feels so good to hear them stripped down, naked, just like they came to me. Silence only amplifies and intensifies the vibe.
If you were to suggest just one track to a new fan of your music, which would you choose and why?
I hope everyone would accidentally stumble on their own favourite track. That’s how it works for me with other artists.
Look out for Johanna Glaza’s debut album, Wind Sculptures, when it launches on September 29th.