Interview: Jack O’Rourke – “It broke all the rules for something that should be a hit” 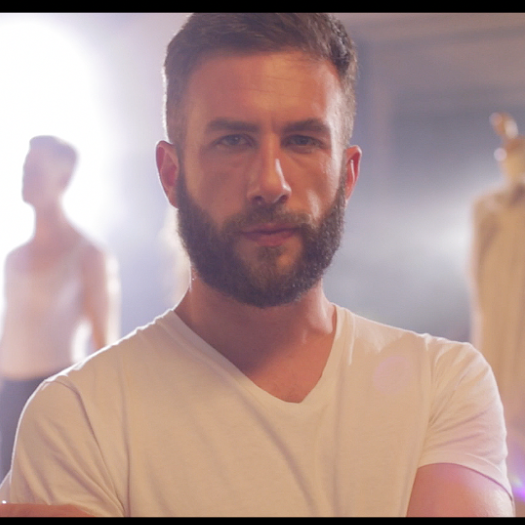 With his musical style being compared to the likes of David Bowie and Kate Bush, Jack O’Rourke is building a very reputable name for himself since the release of his debut album just under a year ago.

With his hit song Silence becoming the anthem for the marriage-equality campaign in 2016, and his album Dream catcher making it to number 5 in the album charts, Jack had a lot to talk about with Fortitude this past weekend during Indiependence 2017.

To start off, did you enjoy your gig?

Jack: (with a mouth-full of burger) Yeah it was great, it was a really nice tent, with really good sound which always makes a difference, you know?

The album has been out for a year, how have things gone since its release?

Jack: Yeah it came out in September, so almost a year. Jesus, it’s hard to believe. Yeah it’s been brilliant, it was great to finally release it because I was writing the songs for a long time. There was a lot of different styles, but my producer managed to make it pretty cohesive. It did really well, got to number 5 in the album charts, great reviews and a lot of radio plays.

Your music inspired cultural movements, particularly Silence becoming the anthem for the equality movement, I imagine that must of been great?

Do you feel your music could resonate with the current campaign, Repeal the 8th?

Jack: I think so, it may be selfish of me, but I suppose if something that is intrinsic to yourself you write from it. I was talking to an interesting woman, who’s my Mom, she said she was pro-life and pro-choice. Like the marriage campaign, it’s not black and white, you know? I am pro-choice, but I understand points from both sides. (My music) Is more liberal, I think if you set out to be worthy, it’s a very dangerous game, Silence worked because it was just a story about a little boy who down the line realised he was a bit different, and I thats what made people, even on the no-side (equality campaign) think about it a bit more, and not see it as an us and them mentality.

Are you writing new music at the moment?

Jack: It comes to me in spurts, I’d love to be very disciplined, someone who gets up in the morning and sits down, has a note-pad and records everything he writes on the piano or guitar… obviously it’s a lot of sh*t, but when you filter that down and sit through it you can get something that’s really good.. I’ve tried to do that, but I’m just really disorganised, so I have all these collections of melodies. Often if I’m really passionate about something, thinking about something, happy about something, elated, p*ssed off about something the song will just come out.

Would your disorganisation lead to you, let’s say, getting up onstage, and saying “Look, I’m going to give this a go” after working on something last week, or has that even happened already?

Jack: I’d like for the next album branch out and do that, there’s such a stigma attached to the word songwriter, we’re all singer songwriters no matter what genre we are, but I think there was such an over saturation to the whole folk, woe-is-me guitar thing attached to it… I think you just roll with it, you write what you know.

To wrap it up, how does it feel performing back in Cork, at a festival of this magnitude?

Jack: It’s great, I actually love this festival. It’s mad, I’m a secondary school teacher, and my students were at the front of the stage! They were all my leaving-cert students at the front. It’s nice, they’re really supportive, and I feel even though I’m a lot older than them, you must have your finger on the pulse if they’re coming to see you.

Fortitude: Thanks a lot Jack!

If you’re interested in checking Jack O’Rourke out, listen to ‘Silence’ and ‘Naivety’ from his album Dreamcatcher.