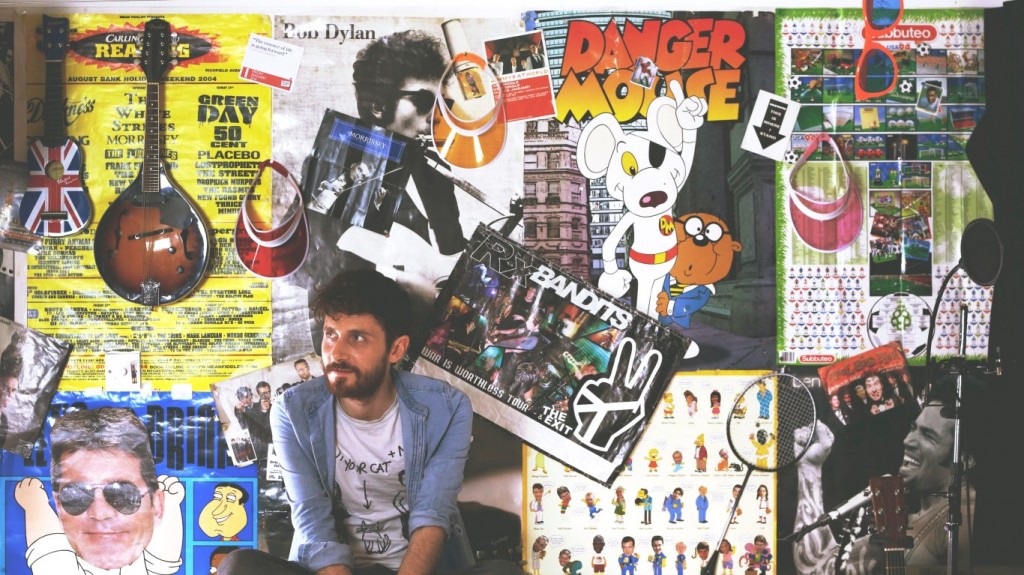 While we’re positive that Frank has his hands full at the  moment, we were able to divert his focus for just enough time to get a quick q&a with him!

You’ve just released your brilliantly titled latest album, Songs to Make Life Slightly Less Awkward. How has the feedback been so far?

Pretty amazing, to be honest. It’s an odd thing, y’know, making a record and waiting so long for it to come out!

How was the process for writing and recording the album?

It was fun… and stressful… and tiring… and exhilarating… and happy, sad, shit, amazing, crap, fantastic. Everything making a record should be.

You tend to write in an honest, relatable tone. Who or what would you cite as influences for your style?

Anyone who’s ever written a song that speaks to me about my life. If I had to pick a few favourite artists who’ve had an impact in one way or another; Blink 182, Counting Crows, Pulp, The Smiths, The Streets, The Crimea… we could be here a while.

Well it’s a 13 track studio album as opposed to a 52 track collection of demos!

As we approach the end of 2016, what have you got planned up until the New Year?

I don’t even know what I’m doing next week yet. I know the album’s coming out in stores, 17 year old me’s well excited about that, and I’ll probably be doing some performances here and there. There’s a proper tour in December and my biggest ever show at Scala, which is exciting and scary in equal measure.

Similarly, have you any plans for 2017 in terms of touring or perhaps new material?

Both the UK & Ireland have seen the rise of some incredible musicians over the past few years. Are their any up-and-coming artists you’ve been keeping your eye on?

I’m really into Flyte. Hopefully they’ll drop an album soon. Also Vant, who’s album is out in February I think? Can’t wait to hear that.

Hold up! Is Mr. Hamilton suggesting a 52 song setlist at a future gig? There’s only one way to find out…

Stay up to date with the latest on Frank Hamilton’s live shows and other doings on his official page or over on Facebook. Don’t miss out!