Interview: COURTS – “To have a living legend like Elton John acknowledge your work is all the confirmation you need” 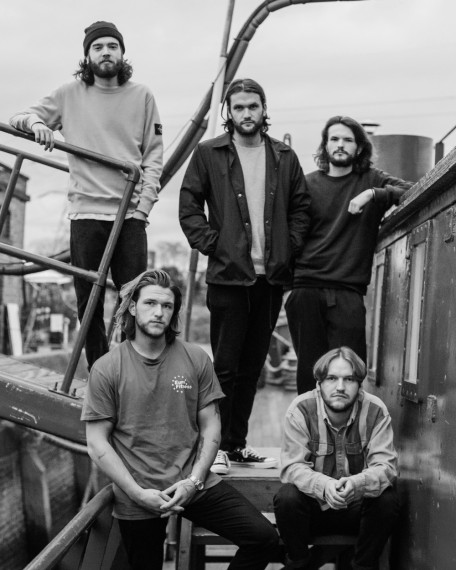 Essex hip hop and indie/rock band COURTS have created quite a stir in recent weeks with the release of their new single, ‘Glass Half Empty’. The track has been regularly spun on Beats 1 radio by high-profile presenters Zane Lowe, Huw Stephens and Julie Adenuga; the track has been even recognised by pop legend Elton John. I spoke to COURTS about the success of ‘Glass Half Empty’, their exposure in the industry and their plans for the near future.

You’ve just released your new single ‘Glass Half Empty’, with it being played by legends like Elton John on Beats. Did you expect it to grow this rapidly?

We knew we had a decent track there but we wrote it about two years ago and we’ve been sat with it since. As musicians your idea or perception of how good a piece of music you’ve written is can be really warped at times. Especially if you’ve had a track as long as we’ve had this one. The reception has blown us away and we couldn’t be happier. You can question yourselves a lot as creative people so to have a living legend like Elton John acknowledge and be into your work is all the confirmation you need.

What’s the concept behind ‘Glass Half Empty’?

There isn’t a concept as such. Musically it has a really feel good vibe, it’s a really uplifting track. Lyrically it’s the opposite which is a nice contrast. There’s a general feeling of hopelessness within the lyrics which we all as humans have experienced at some point or another. The best thing to do with lyrics is to let the listener decide for themselves what it all means. That way it allows for a more personal and relatable experience.

You guys have a very distinct sound, a mixture of hip hop and indie/rock. Which side are you most influenced by? And which artists have inspired you the most and shaped your sound?

To be honest we couldn’t comment on what influences us the most musically; it just happens. Once you start consciously thinking about the type of music you want to create you’re limiting yourself from the off. The approach has always been if its sounds good and feels right we’ll go with it.

The five of us have such a varied taste collectively as well, so to list individual influences wouldn’t be a fair representation because there’s too many. Genre wise if we could narrow it down it would mainly be funk, grime, hip-hop and rock. Some disco and soul as well. We all grew up wanting to be in bands so collectively our first love was for guitar bands but as we’ve developed as musicians so has our taste.

What was it like growing up in Essex? Is there much of a music scene there?

We’ve all been living in and around the Basildon area for basically our whole lives so we couldn’t comment on growing up in Essex as a whole, only what our home town has been like. There’s not much to do and the place is really run down. It needs sorting out. You can’t open the local paper now without reading some shit about a murder or stabbing. It’s changed a lot since we were kids. It used to be alright. We’re that classic story of wanting to escape it all and trying to do music in order to get away from it. It could be considered an old cliche but there’s really no bands with that vibe about them anymore. There’s not many in music now who are real and have experienced hardship, or show that side legitimately anyway.

Scene wise there wasn’t much going on a few years back but recently there’s been a surge of bands coming though who are doing some good things. Nothing But Thieves, Youth Club, Asylums to name a few. The interesting thing is when you use the word ‘scene’ you think of bands or musicians making similar music to one another but of the ones mentioned above they couldn’t all be more different to one another. It’s not the norm but it’s interesting.

What do you guys get up to other than music?

We all like to chill when we’re not doing music but even then it’s probably involving something music-related anyway. It’s hard to switch your mind off when you’re so invested in it all. We all work day jobs and do music by night and at weekends. Juggling full time employment and being in a band basically leaves you with no free time. We’re always knackered but when things are going how they are for us right now it makes the sleepless nights more than worth it.

You have a gig coming up at The Finsbury [London], have you any other live events planned for the near future?

We’re planning a big headline show in Essex and one to follow in London a bit later. We can’t say much more than that really but we’re all really excited about it. Festival wise we can’t announce anything so everyone will have to wait and see but there’s some exciting bits in the pipeline!

Many music industry moguls have spun your track on radio such as Zane Lowe, Huw Stephens and Julie Adenoma. How does it feel to be recognised by these professionals? Have they, or anyone else notable, reached out to you at all?

It’s an honour. Even though the Zane ‘Next Hype’ play was last year, it still feels like a huge accomplishment and something we’re all really proud of. It’s something we’d always wanted and to be his last choice for it was massive.

Huw has been very supportive along the way as has everyone over at BBC Introducing. Especially back in the day with the help we had from 6 Musics’s Tom Robinson when starting out. We couldn’t not mention Ollie Winiberg either. He’s a champion for local music in Essex and really pushes the best talent the county has to offer on his Introducing show. He’s backed us for a long time now and we couldn’t be more grateful.

Julie Adenuga has been amazing. She’s given us so much support and we can’t quite believe the amount of plays we’ve had on Beats 1; we’ve lost count now. For someone so influential to be on board supporting us in the way she has makes us feel so lucky.

We have to mention Communion Music on Radio X as well. Maz has shown us tonnes of love and we couldn’t thank him and his team enough.

You also recently covered Chase and Status and Frisco’s track ‘Funny’. What do you think about the rise of grime and its international exposure? Would you ever consider going down that route musically?

The rise of grime not just musically but culturally too has been unbelievable. Seeing Stormzy win his MOBO last year was such a big moment and to see Skepta blowing up all over the world has been inspirational as well. He deserves everything he’s getting now and more; he’ll end his career as one the world’s greatest there’s no doubt.

We probably wouldn’t consciously go out of our way to make grime in this project but individually it’s something that a few of us may explore one day. Vocally though the grime influence is more than evident in the music we’re doing now. Even in the stuff we released five years ago the grime influenced vocal is there. Take a listen for yourself.

What are some of your goals for the future? Any new releases?

Our plan is to keep making music that we love and to basically be as productive as possible. We’ve got a string of releases planned for the coming year — expect the next single in a couple of months. Other than that everything else is tightly under wraps so keep an eye out on our Twitter.

Check the video for Glass Half Empty below: 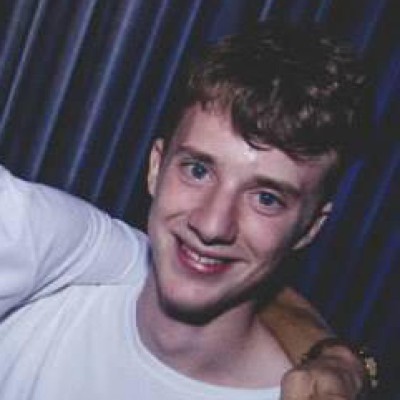