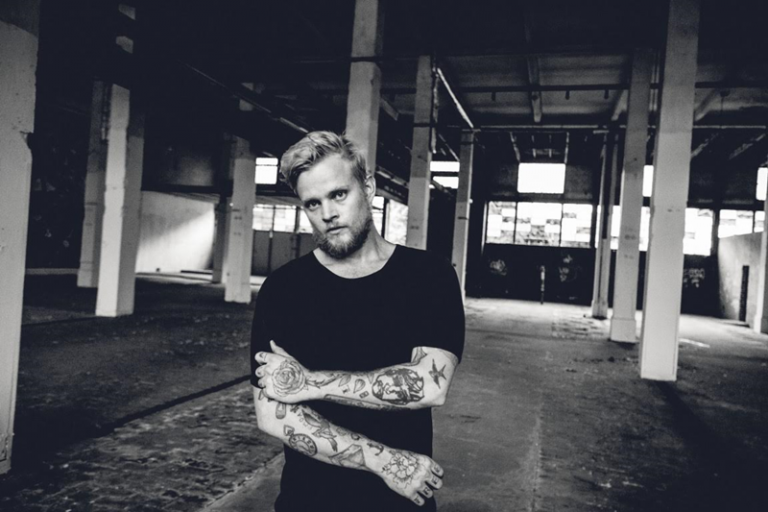 Acclaimed Australian singer Matt Gresham has just released his new single Survive On Love. Gresham has built himself a loyal fan base in his native Australia after having competed on the Australian version of X Factor and has become arguably one of the country’s most exciting new talents.

His 2014 song Whiskey, a downtempo track featuring breath-taking piano and guitar solos, won the Western Australian Music Awards Song of the Year title and he’s recently completed a sell-out Australian tour. But now Gresham has his sights set on the rest of the globe!

After signing a deal with Warner Germany Gresham has relocated to Berlin where his focus is on working on his forthcoming album and setting dates for his UK tour which undoubtedly will be a sell-out following the release of Survive On Love and debut single Small Voices.

New single Survive On Love has a bubbly baseline and a poppy backdrop combined with gentle guitars, making it incredibly catchy. Gresham’s vocals are beautifully honed and understated but the gradual build up leads to an unveiling of the full power of his vocals towards the end. The track is incredibly radio friendly with a universal appeal but also addresses the bigger issues in life. Lyrics such as “all these strings tied to you and me, they don’t mean a thing if your heart is free” are Gresham’s way of explaining how we should let go of unnecessary material items and focus on what’s important in life. Gresham’s “spiritually conscious” upbringing led to a way of thinking where emphasis is placed on looking within for solutions rather than outwardly. The video for the track follows a group of people protesting for peace and spreading the word that violence isn’t the right course of action to solve the problems in the world.

Survive On Love is the follow up to his debut single Small Voices which was released earlier this summer. This track has a mellow, stripped back percussion flowing throughout which is the perfect accompaniment to Gresham’s warm, smooth vocals. The combination of strong baseline and electronic elements complement each other and come together in a beautiful flourish at every chorus. As the song builds Gresham’s vocals become more impassioned, leading to a multi-layered crescendo. The accompanying video to the song, which Gresham describes as reflecting “how we all trap ourselves in prisons”, follows the daily life of a young girl who lives alone: walking home from school, completing household chores, putting herself to bed at night with her stuffed toys as her only companions. It leaves the viewer reflecting on how easy it is to take for granted the people we have around us.

It’s clear Gresham has been very incredibly focussed on what he wants out of his career and isn’t prepared to fit into the typical cookie-cutter singer-songwriter mould. He quit Australia’s X Factor due to the artistic restrictions the show employed: “It was a really hard decision to quit the show. There were a lot of people advising against it but it just wasn’t the right direction for me.” Gresham is clearly an artist who knows what direction he wants to go in and isn’t afraid to take a leap faith to get there, adding that the success you gain from a show such as X Factor “depends on the type of artist you are, it works for some people and not others.”

Gresham’s come a long way in his career so far, citing his biggest achievement to date as “working with the greatest poet and MC in my eyes, Talib Kwelli on a song for my up-coming album out early next year. It still blows my mind when I think about it.” When looking to the future Gresham isn’t short of goals he wants to achieve. The Sydney Opera House is a venue he’d love to have the opportunity to play as “It’s such a prestige venue. And has a huge energy. I often go there just to be immersed in its beauty.” He notes Ben Harper and Gregory Alan Isacov as two artists he’d love to support, adding “It would be amazing to share the stage with my heroes.” Other artists he looks up to and admires are Bob Marley: “He was a prophet and spoke to so many people’s hearts”, Jack Johnson: “Such an amazing environmentalist and musician. He created a style which so many people try to emulate” and touchingly his mother Susan Gresham: “An amazing poet and my best friend.”

Growing up by the beach in sun-drenched Western Australia, Gresham takes much of his inspiration for his songs from those beautiful surroundings: “It’s quite cliché but honestly I get a lot of inspiration from the ocean, being a surfer, being in nature – it really relaxes your mind making it easier to connect to yourself and let your creative juices flow.” Unsurprisingly he cites Bali as his favourite place in the world due to the culture, the surf and the people who are so happy and content with a simple way of living. Being out of his comfort zone such as “doing something out of your regular routine or moving to another country, which I’m about to do” is another way he connects with his creative side and he’s hoping that his move to Berlin will provide him with even more inspiration.

Have a listen to Gresham’s new single Survive On Love below which is available to buy now and find out more about him and his other music here.