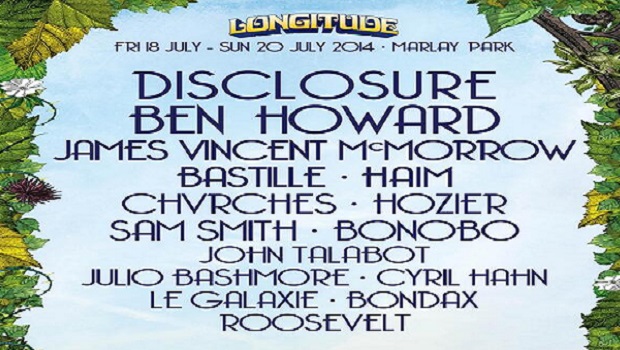 Following their sold out début last year, Ireland’s latest festival creation, Longitude announced they would be returning with another fantastic line-up in 2014. They weren’t wrong…

Headliners announced include Bastille, Ben Howard, Disclosure, Haim, James Vincent McMorrow, among others. Alongside this fantastic array of artists, MCD further announced the likes of Chvrches, Sam Smith and Cyril Hahn to impede on the already promising line up.

More acts are due to be announced on February 6th.

Here’s some tunes in case you need more convincing:

Ben Howard – Only Love on MUZU.TV.

HAIM – The Wire on MUZU.TV.

Hozier – Take Me To Church on MUZU.TV.