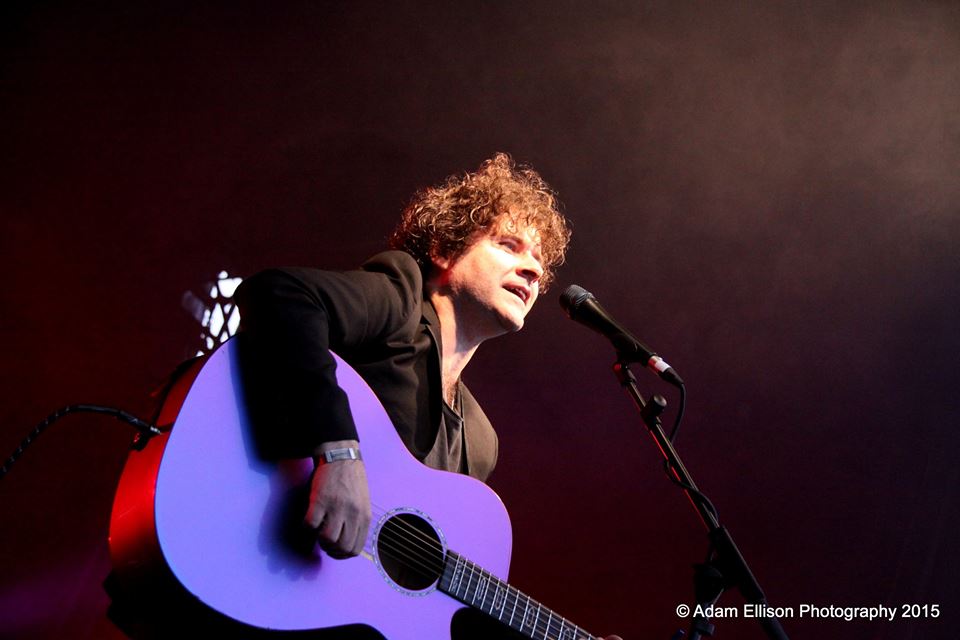 A great show from an arguably under-appreciated Irish artist.

2015’s Bulmers Live at Leopardstown is off to a great start with a wonderful performance from Dublin-born singer-songwriter Paddy Casey.

Leopardstown’s Bulmers Live series has kicked up a lot of attention in recent years due to its superb lineup. In past years Dublin’s popular racecourse has been treated to performances from a huge number of successful artists, including Aslan, Ash, The Original Rudeboys, The Saw Doctors and even former Smiths guitarist Johnny Marr. This past Thursday, 2015’s stacked lineup began with a set from Dublin’s own Paddy Casey.

As he took to the stage without his band, Paddy armed himself with his guitar to play three stunning acoustic songs, such as ‘The Lucky One’, creating a chilled out atmosphere amongst the crowd. As he ended his third song, which was a new, unreleased track and an instant hit with the audience, the band joined the show for the rest of the night.

It was quickly apparent that the band had not prepared a setlist for the event, and this made for a fun, interactive experience. Two or three times throughout the night, Paddy asked fans if they had any requests, keeping the set fresh and interesting. Well-known songs like ‘Not Out To Get You’, ‘Fear’ and ‘Saints & Sinners’ were played to perfection and were met with chants from the crowd who clearly enjoyed every second of the gig. A notable highlight of the show included a stunning folk rendition of Blackstreet & Dre Dre’s ‘No Diggity’.

Though he may not be the most energetic artist on a live stage, Paddy Casey played flawlessly on this night and clearly had a blast along with his band as they jammed their way through each track. A great show from an arguably under-appreciated Irish artist.