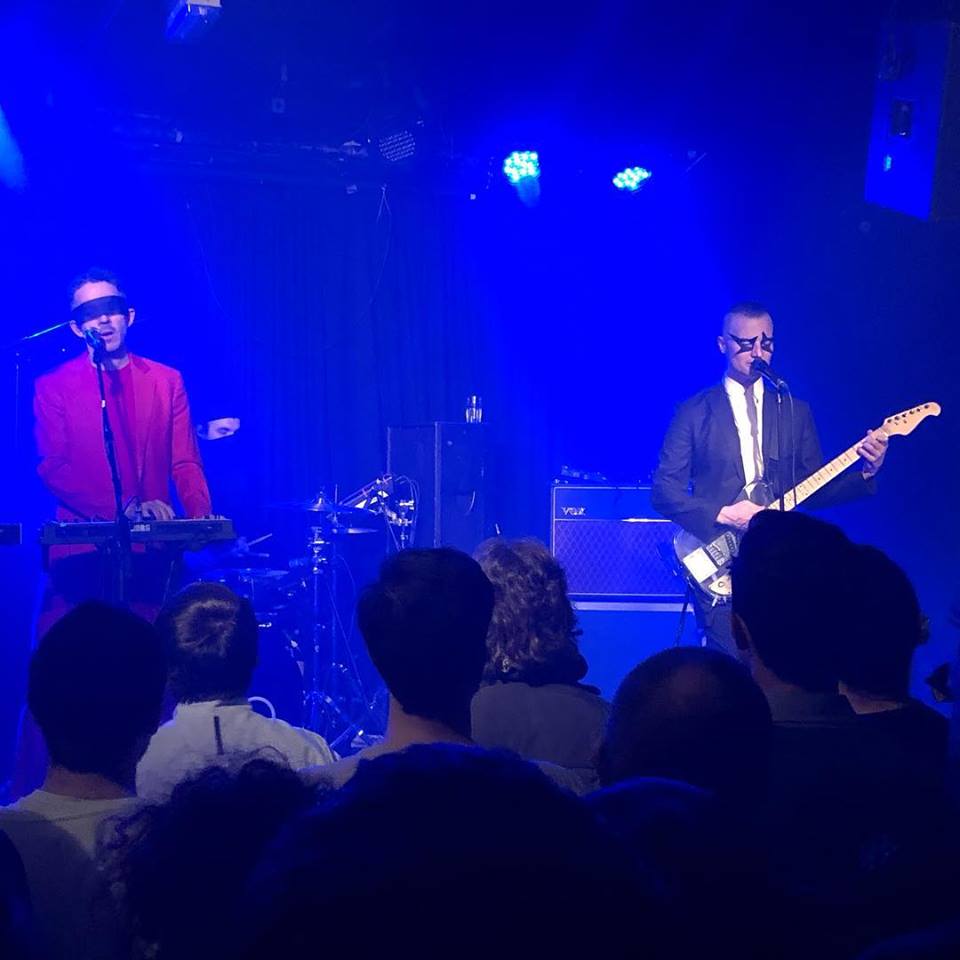 Australian duo Monarchy brought their addictive brand of synth-pop to The Lexington last Wednesday. The sold-out show was a feast for the ears as their set spanned the old, the new and even a couple of unexpected but genius covers.

Ra Black and Andrew Armstrong have been creating music together since meeting in London in 2009 and released their debut album Around The Sun in 2011. Re|Vision and Abnocto followed in 2015 and they’ve performed at festivals all over the world such as Lovebox, Mad Cool and Coachella. Their UK tour kicked off at The Lexington following the release of their new album Mid:Night.

The set opened with Deep Cut, the second track from new album Mid:Night, an addictive, poppy offering that got the crowd hyped right from the off. With its catchy lyrics of “I don’t want someone new, you’re all I want, all I want” and guitar-infused breakdown the crowd was pumped for the rest of the night.

We took a trip back to their debut album for next track The Phoenix Alive which is characterised by its regimented beat before running headfirst into Hula Hoop 8000: a funky yet understated track that bursts into life on each synth-fuelled chorus.

The pace was brought down a notch with the sensual Dead Set Lust, another track from new album Mid:Night. The weighty synths on the chorus contrast heavily against the bubbling beat on the verses and the clapping pauses, with these contrasts are made even more vivid in a live setting.

The funky, poppy vibes were back with a vengeance on next track Love Get Out Of My Way. The track harks back to the age of disco but is given a modern edge by the soaring synths. Definitely one of the band’s most anthemic offerings.

New track Mid:Night got the crowd going with its catchy beat and eye-opening range of electronic elements before we were treated to something wonderfully unexpected: a cover of Outkast’s Hey Ya. An undeniable crowd-pleaser, the cover was an understated guitar- and synth-driven version which payed wonderful homage to the original but with Monarchy’s unique stamp.

We were then brought straight back into a crazy synth whirlwind with the classic Dance Like Hell. One of Monarchy’s heavier tracks, the synths are unrelenting and Ra’s vocals get increasingly more distorted as the synths and drums reach their peak.

The pounding synth theme was carried on with Disintegration. The dirty, heavy beat works exceptionally when paired with Ra’s soaring vocal and was wild in such an intimate setting.

The party continued with Maybe I’m Crazy, all popping drums and the anthemic chorus of “I’d rather be crazy, than share you with somebody else.”

They finished on my fave track Living Without You. It’s an incredible track that starts off with soft keys, lulling the listener into falsely thinking this will be Monarchy’s only ballad. But then the chorus hits and Andrew lets loose in a wild synth freestyle incorporating sudden pauses, screeching highs and pushing those keys to their limit before it all tumbles to a reverberating end.

Andrew and Ra vacated the stage in a roar of claps and cheers. But that couldn’t be the end surely? They returned for an en core consisting of new single Back To The Start that felt like a new classic the way the whole crowd clapped along in a heart-warming semi-acoustic singalong. Monarchy seem to enjoy keeping surprises hidden up their sleeves and the last track of the night was the biggest of them all: a mosh pit-inducing cover of Nirvana’s Lithium. The crowd went crazy for it as Ra let out his inner rock star and displayed crazy vocal gymnastics when he let loose on the chorus of “I like it, I’m not gonna crack.” The atmosphere was buzzing and it was genuinely one of the most thrilling gigs I’ve been to.

Monarchy possess an impressive back catalogue where every track could be a single but the set-list they curated was faultless and the electric atmosphere in the crowd was testament to this. I already can’t wait to see them when they next return to London.

Find out more about Monarchy here. The new album Mid:Night is out now.

Have a listen to new single Hula Hoop 8000 below. 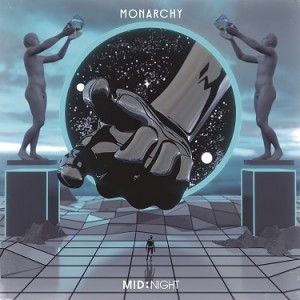