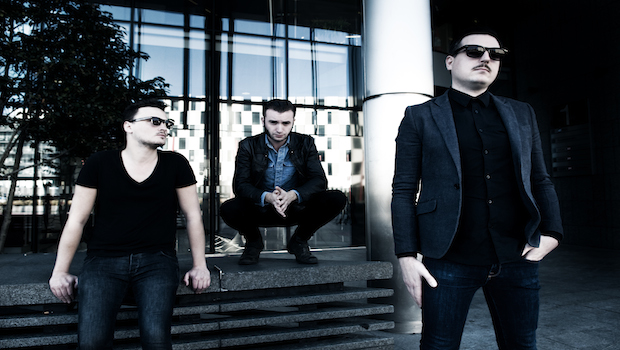 Hot off a superb performance at Indiependence 2014, The Minutes return to Dublin to play an astounding set for their hometown crowd.

The band were set to play Whelans back in June of this year, but due to sickness falling upon frontman Mark Austin, they were forced to reschedule the show until August 9th. On their official site, the band noted this was a vital move for them to make as they were afraid of ticket buyers only “getting half of what [they] paid for.” Not to worry, all three members went above and beyond the call of duty on this night to deliver a night of solid music to their fans.

As they took to the stage and equipped their instruments, The Minutes launched into the first song on their setlist, ‘Black Keys’. With a reputation for playing gigs louder than the norm, they didn’t disappoint. As the music boomed through the venue, the crowd were instantly caught up in the energy. Some danced, some sang, and all involved thoroughly enjoyed the rock ‘n roll festivities.

Major intensity would follow, as the band transitioned straight into ‘1, 2, 3, 4′. This song saw the crowd enter a new realm of interaction. Every one in the room could be seen singing along with the chorus, and this passion was sustained for the remainder of the evening.

Notable highlights from the night include a stellar performance of ‘I.M.T.O.D.’, which Mark Austin ended by standing in the middle of the crowd and a gorgeous acoustic rendition of ‘Lo And Behold’. After bassist Tom Cosgrave and drummer Shane Kinsella left the stage, Mark took to the frontline with an acoustic guitar. Noting the band’s usual sound levels, he decided to “try something different”, and sang the entirety of ‘Lo And Behold’ without a microphone, backed only by six strings and a packed out Whelans audience.

Ending the night with ‘Supernatural’, the band gave every last drop of infectious energy in their bodies to the fans. It’s safe to say they have cemented themselves in Ireland’s music scene. Few bands can pull off a setlist this exhilarating while remaining as tight and efficient as The Minutes do. Expect to see a lot more of them in the near future, as they are definitely headed for big things.

Look out for The Minutes’ song ‘Cherry Bomb’ as it features on international broadcasts of the upcoming season of popular TV show Love/Hate.