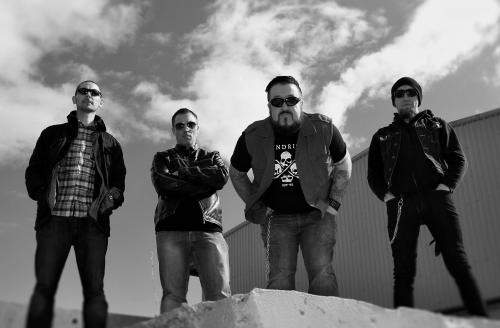 With over two decades of experience, Mitchelstown’s Mind Riot finally played their first Dublin headline show in one of the city’s hottest music venues, Whelans.

Whelans has seen a lot of incredible acts walk through it’s doors and play a few tunes. From Ed Sheeran, The Coronas and rock bands like Black Stone Cherry, no genre is out of bounds here. When Cork rock band Mind Riot vowed to blow the roof off the venue, they set the bar high for themselves – but followed through wonderfully.

The opening act of the night was Ireland’s own Lace Weeper, who are quickly building a name around the city. Even though they only formed four years ago, it’s clear that these guys are confident in their ability, and rightfully so. With awesome, memorable riffs and a vocalist whose voice almost resembles a grittier Myles Kennedy, this is a band well worth checking out. Their first album was released about a month ago, and can be heard in all the usual places. Look for ‘As The Crow Flies’ by Lace Weeper, your ears are guaranteed a great time.

Shortly after Lace Weeper left us, headliners Mind Riot took their place. From the moment they struck the first chord, it was evident that the band were ready to make a statement. The experience that Mind Riot has gained over the past 20 years really shows, as whether they were jamming a song or exchanging banter with the crowd – they appeared extremely comfortable on stage. Frontman Tony Gorry effortlessly belted out lines from the bands songs while strumming out riffs and picking solos with expert precision. Michael Hoye and Steven Bartak, on rhythm guitar and drums, respectively, remained completely calm, cool and collected despite the heaviness of the music they were playing. Liam O’Rourke, on bass guitar, has the power and ability to hold the audience in the palm of his hand as his power stances and aggressive playing style screams passion for the music he is sharing.

The band’s biggest downfall on the night was their lack of backing vocals. While they are insanely tight musically and had little to no faults in their set, Tony Gorry is just no man and no matter how good anyone considers his voice to be, a little bit of backing vocals go a long away. Their catchier songs, such as ‘Boys Of The Tomahawk’ or even Fire’, would be a hell of a lot more effective if the chorus was assisted with a second singer, and this is something I’d love to see them incorporate in the future.

Nevertheless, Mind Riot’s setlist was great for fans and newcomers alike, as they played their two known singles, ‘Low’ and ‘Scream’, while they also played a lot of songs from their debut EP and even newer tracks including the brilliant ‘Runaway’, which they released via their Facebook page a couple of weeks ago.

I’ll be damned if anyone there on the night can look me in the eye and tell me that Mind Riot were unsuccessful in their mission to blow the roof off Whelans. Even though the setlist was cut short, we were treated to a great night of music courtesy of yet another of Ireland’s hidden gems in the music industry. Hopefully the boys build a wave of momentum and ride it to its peak – they are more than capable to achieve bigger things than the universe has handed them thus far.