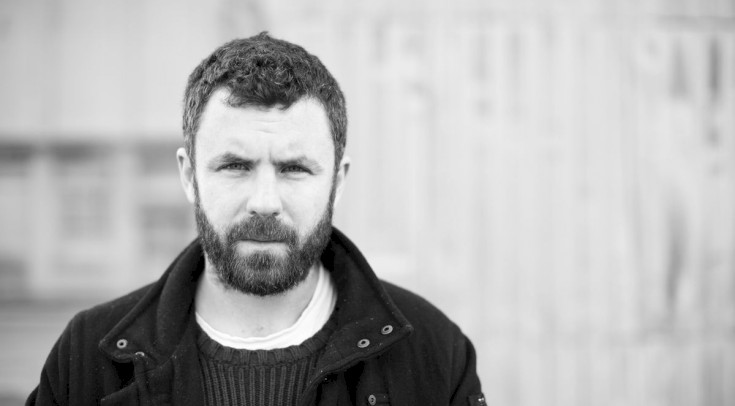 Flannery could be described as a natural bard, but perhaps his brooding, unrefined and organic music makes him a lot more than that.

Mick Flannery is a natural songwriter with an innate ability to write contemplative lyrics about everything from relationships to insignificant moments, which unconsciously become suggestive on listening.

The ornate setting of the McNamara Suite provided a seamless backdrop for Flannery’s elegiac performance. Flannery opened his acoustic set with Wish You Well, a moody and intensely gritty song from his 2008 album White Lies.

Flannery can best be described as somewhat indisposed, however without his band present he used his great sense of humour to interact with the audience. Though, it’s evident he is most comfortable and unrestrained in performance.

Red to Blue, a song Flannery describes as about drinking too much, was a deprived performance and perhaps the closest song in his set to sound like a Bob Dylan-esque confrontational ballad.

Take it on the Chin, a song about four men playing poker, was performed solely by Flannery, where it is usually sang by four different parts, in an atmospheric and dark delivery.

Flannery performed a cut of his set on the piano; perhaps the feature of his performance was Even Now, a beautifully poetic rendition. The rise and fall of Flannery’s voice during the song was stirring and lachrymose.

Flannery’s style of song writing makes him a fine storyteller and puts him a cut above many current musicians with songs like, The Tender, a guitar-heavy unforgiving track about a bartender, with brutally merciless lyrics and a strong reverb throughout.

What was thought to be the last song of the night, Get What You Give, was incredibly raw. With the lyrics, ‘I’m sitting alone with that guilty old feeling, like I let someone down by the way that I live’ resonating deeply with the crowd. It was a sobering performance.

Flannery’s set was enduring, if he could he would have continued to play throughout the night and many members of the audience would have readily listened. A man wise beyond his years, Mick Flannery could be described as a natural bard, but perhaps his brooding, unrefined and organic music makes him a lot more than that.