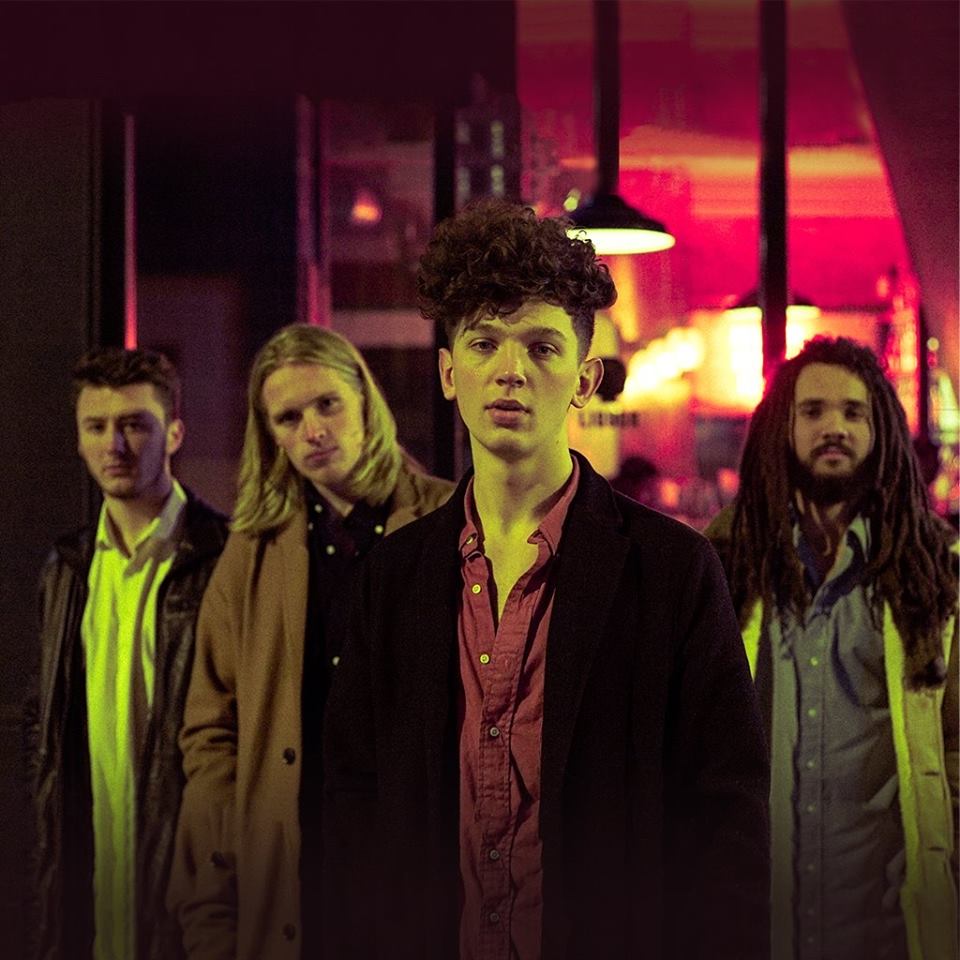 Opening the show was Stockport quintet The Nix who performed an excellent set despite being the first band on. The venue was nearly full during their set, with spectators having to stand on the balcony at the back of the room to find space to see them. Their hard hitting sound certainly warmed up the audience and already had people moving around. The Nix had the heaviest sound to their music on the night, however they didn’t seem out of place on the night.

Corella brought a large fan base of their own; who made themselves known well before they had took to the stage. The venue was packed for their set with people chanting and singing loudly along to them. Their songs had good catchy riffs, however the lyrics were quite repetitive.

Larkins drummer, Matt Williams, took to the stage first before being joined by guitarist, Dom Want, and bassist, Henry Beach. The trio played at an instrumental intro as frontman, Josh Noble, entered the stage to a wall of screams and flash of stage lights. They kicked off the show strong and their charismatic front man certainly draws the attention of the crowd. Shirt unbuttoned and hair standing high, Noble has an air of Matt Healy about him and presents himself as an excellent frontman; with a voice to match his persona.

Larkins were a step above their support bands and showed a real professional side of them with their performance. Their set flowed smoothly and wasn’t stop start like the previous bands and the excellent stage lights made the gig feel more like a show.

Their bouncy riffs had the crowd dancing around and sat on shoulder; as if they were performing at a festival in the mid-summer. Every song had the crowd hooked, especially their cover of Chaka Khan’s “Ain’t Nobody” which everybody sang back. They followed this cover with “The Tale of Cassandra”, however it didn’t have much power behind it and lacked the energy used in the previous song.

Larkins soon changed this lapse in energy when they kicked into their next song and had the crowd dancing and singing once again. They announced that it was there final song, but that they would obviously be returning for an encore. As soon as they had left the stage the chants for another song had already began and chants of “Manchester La La La” bouncing around. Josh Noble returned to the stage on his own asking the crowd if he could try something new, to sing their song “Sapphire” acoustically; no microphone, no amp. It was a good idea to try as the set had been going well and loads of the crowd knew the songs, however he struggled to be heard as there was some of the audience stood talking and making too much noise. The rest of the band joined him and they played the same song together and it sounded much better and was an excellent way to end such a brilliant gig for them.