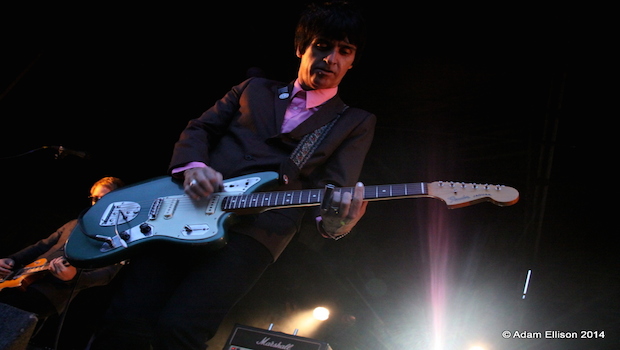 The crowd didn’t want a support band last night, nor did they need one. Former guitarist for The Smiths, Johnny Marr hit the stage shortly after 9 o’clock to find the crowd already warmed up for his set, chanting his name and requesting song titles. After a quick smile and a wave, he erupted into ‘Upstarts’, one of the singles released from his debut solo album ‘The Messenger’. Following this, the band instantly played the Smiths’ classic, ‘Panic’.

Playing a huge 19-song setlist for Leopardstown, complete with his own solo hits and The Smiths’ classics, including ‘Stop Me If You Think You’ve Heard This One Before’ and ‘There Is A Light That Never Goes Out’, Johnny made it clear to everyone in attendance that he’s still the showman he ever was. The 50-year old rocker hopped and bounced through guitar solos, pulling cliche’d, yet fun rock poses – including the “windmill” strum technique!

Marr also treated the audience to multiple previews of his upcoming album, ‘Playland’. Introducing the new single, ‘Easy Money’, he noted, “if I fuck it up, nobody’s going to notice!” His new material caught on quickly with the attendees tonight, and he knew it. Introducing ‘Candidate’, he joked, “bear with me, it’s really good!”

After finishing his set with crowd favourite, ‘There Is A Light That Never Goes Out’, Johnny returned to the stage for an astonishing 5-song encore, complete with the ever-so-popular ‘I Fought The Law’ punk-rock song. Ending his set on, what is arguably, The Smiths’ most-well-known track, ‘How Soon Is Now?’, Marr left a satisfied and glowing the crowd at Leopardstown. This man is old-school rock ‘n roll personified, and they loved him for it. Dublin will definitely welcome Johnny Marr back with open arms. 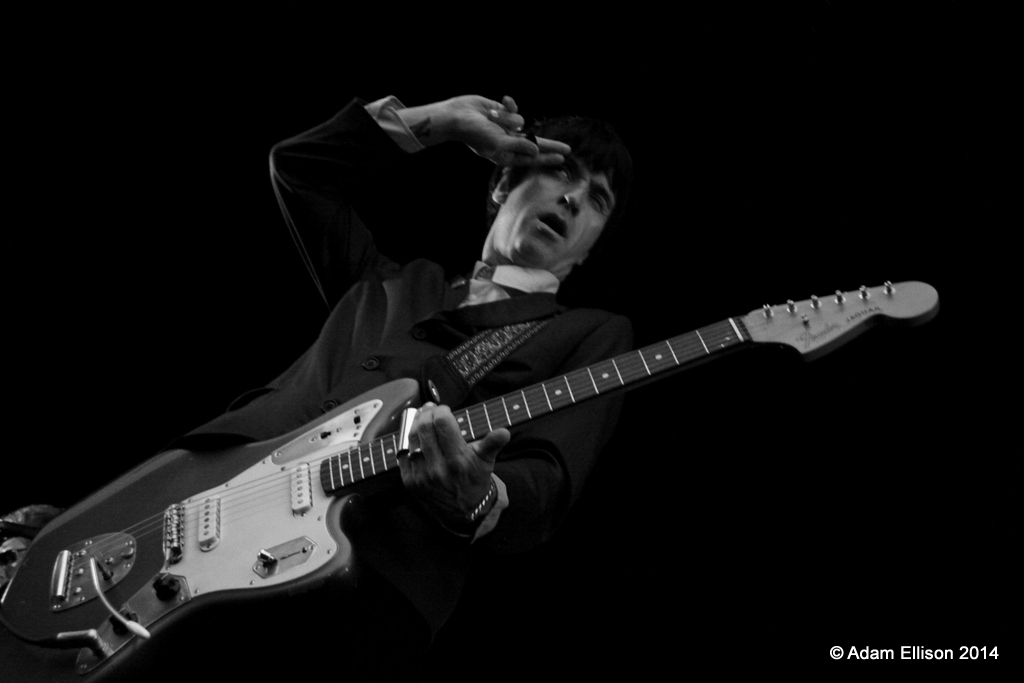