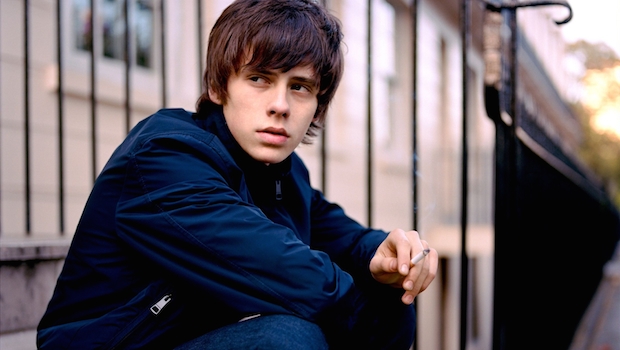 With two albums under his belt and a third on its way, the rising British star Jake Bugg brings his tour to Ireland for two dates in the Olympia Theatre.

At just 20 years of age, Jake Bugg has already gained a massive following across the UK and his two sold out shows in the Olympia Theatre is a testament of his popularity in Ireland. Southern, a brother and sister duo from Belfast, opened the concert to warm up the audience. Though their set was short, they certainly won over everybody in attendance, especially with their final track – a bluesy tune by the name of ‘World Don’t Shine’. They stepped off stage leaving the crowd hot and ready to go.

Oasis’ ‘Champagne Supernova’ played over the PA system as the lights began to dim in sections of the venue, while the Dublin audience belted out every single lyric in anticipation for Bugg’s arrival on stage. Suddenly, there were roars and screams of joy as he took to the stage, picked up his guitar and began to play a song from his ‘Shangri La’ album, ‘Messed Up Kids’. Straight away the crowd was on fire, jumping and shouting the lyrics back at Bugg with excitement.

Sadly, the same can’t be said for the singer-songwriter. It didn’t matter if the song he was singing was an upbeat tune or a slow-paced ballad, Jake has a rather lifeless stage presence. Rarely using the space given to him with the fairly large Olympia stage, he seemed to remain fixed and made very few movements other than the strumming of his guitar.

However, that’s not to say the show wasn’t entertaining. Bugg and his band of very talented musicians played every song on the setlist to near-perfection, and that’s what these fans wanted to hear. Songs including ‘There’s a Beast and We All Feed It’ and ‘Storm Passes Away’ were very well executed and the stage lighting for the entire set was something to die for. There were a couple of instances where the band departed, leaving Jake on his own with an acoustic guitar, and this was where his odd stage presence shines in a positive light.

Towards the end of the set, Jake sat by the microphone equipped with just his acoustic guitar and no musicians to back him up. He performed a rendition ‘Broken’, a gorgeous ballad which was also the seventh single from the album. The crowd acted as his personal choir, singing the lyrics back to him as he looked on from under the stage’s spotlights.

To finish the show, Bugg’s band joined him once more for his most popular song, ‘Lighting Bolt’. It’s definitely popular for good reason – it’s an incredibly fun and upbeat track. The crowd continued to sing in adoration – this time the loudest they had been all night.

Following his departure, everyone had a smile on their face as they headed for the exit doors, some already talking about “definitely buying tickets for his next show”. Although it is a huge shame that his mannerisms don’t echo the tunes themselves, specifically the more upbeat ones, Jake Bugg has all the necessary talent to be an amazing live act. Time is on his side.