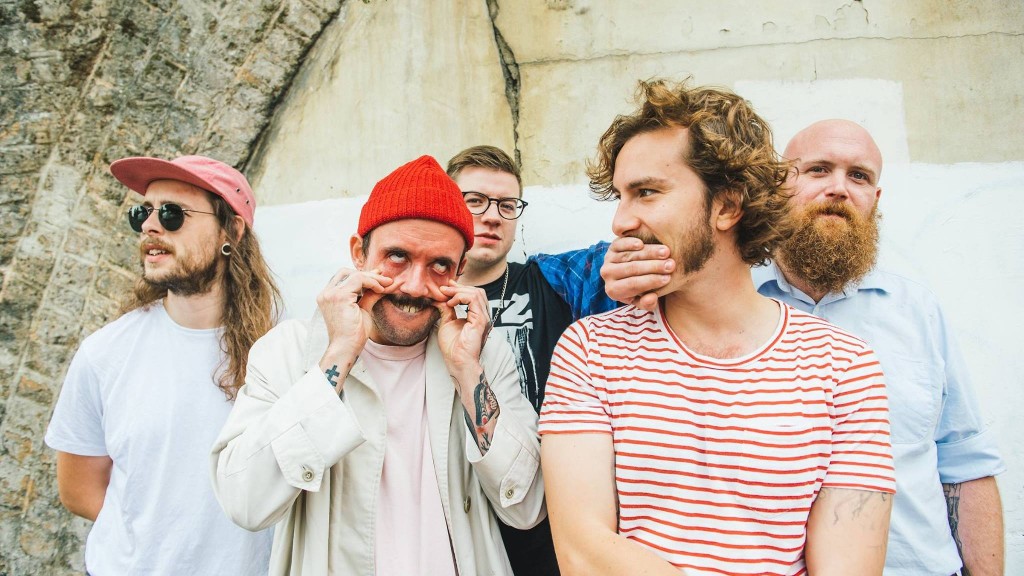 Confirming their place as the band of today, IDLES bring their lengthy tour to West Yorkshire for an evening of chaotic and joyous noise at Leeds University

On my way to Stylus, the venue in the heart of Leeds University student union, I realise I am lost. I stop a young man sporting a lanyard who correctly re-directs me, though as we begin to part ways he remarks  “Are you going to the IDLES gig?”. When I confirm I am, a smirk flashes across his face “Oh man! I’m so jealous, I would love to have got a ticket!”.

This small exchange I feel, exemplifies the phenomenal position  Bristol-based rock group IDLES find themselves in today. The energy inside Stylus is palpable, and this Leeds date is just one of many on a sold out UK tour in support of their second album Joy As An Act Of Resistance, a tour that is increasingly seeming more like a victory lap than the usual promotional voyage; unheard of for many bands at this stage in their lifespan. Everybody here knows why they are here, it is felt in the room, IDLES are a band of everyone – for everyone.

Heavy Lungs are the evenings support, fellow Bristolians, they present a similarly animated set to IDLES as lead singer Danny Nedelko (the IDLES track’s namesake) manically dad dances his way through a blistering half hour of post-punk goodness. The venue is almost full, the sweat is beginning to form atop many a fans forehead and as IDLES hit the stage, there is no going back for those on the floor, not that they would want to of course.

Opener “Colossus” is performed so brilliantly that if the band decided to pack up and go home after it, I wouldn’t feel shortchanged. The song saunters in at a slower pace than usual, it is ominous and moody and as the crowd stretch out and belt the lyrics towards at enigmatic frontman Joe Talbot,  he pounds his heart back in affection. As each verse intensifies, red strobe lights flash and illuminate the hot air starting to rise from the brewing pit below, which bursts into bedlam during the songs frantic second section. From this moment on, IDLES and Leeds are one together.

The crowd is completely devoted and IDLES reciprocate by pummelling their way through one ferocious banger after another, “Mother”, “Danny Nedelko”, “Television” and “Well Done” being highlights. After audience members commandeer the stage to play alongside the band during “Exeter”, a voice from the crowd calls out to Talbot, thanking the group for their kindness. Clearly humbled, Talbot initially bemoans at the state of the world where you feel like you should thank a rock band for being nice, leading into a sweet expression of his attachment to the audience, highlighting that without them; there would be no “nice” rock band.

Before closer “Rottweiler”, Talbot smirks “We don’t do encores because they’re fucking stupid!” and whilst the argument can be made for that, with the love on display tonight, IDLES could manage one, two and likely three encores and the floor space would still be full.

Never Fight a Man With a Perm

Faith in The City