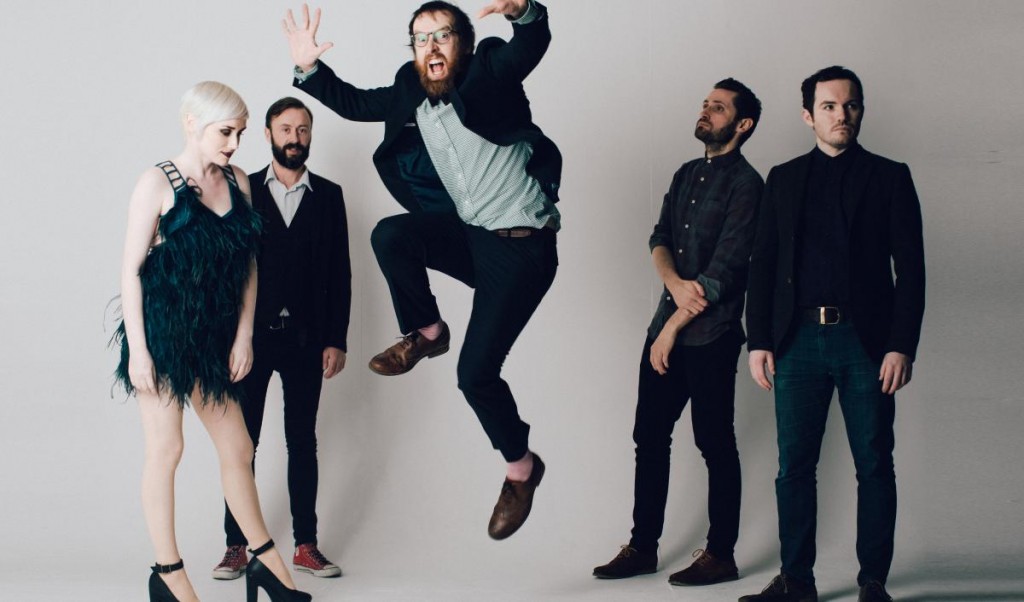 Quirky name and equally quirky humour aside, HamsandwicH need to be the next big band out of Ireland.

HamsandwicH are one of the best live acts to see right now: with an energy that’s infectious and an unparalleled stage presence, they know how to put on a good show.

Hailing from Kells, the indie Irish band opened their set on ‘Hold Me Up’ from their most recent album Stories From The Surface. There was certainly a resilient Irishness during the night, perhaps because most of the audience were Irish and Ireland had just qualified for Euro 2016.

‘Models‘ was a jubilant performance with a militaristic drumbeat and conquering trumpet played by Donagh Molloy. There is something rebellious yet sweet about this band, which translates well into their live performances.

‘Apollo‘ was an experimental number with a dance-rock quality. However, amid the dancey numbers, ‘Words‘ stood out as a memorable performance with the ethereal vocals of Niamh Farrell juxtaposing Podge McNamee’s plangent, deep voice. Each and every member of this band seems to feel the music they play almost as if they are grains of rice bouncing on a beating drum.

An excellent cover of Donna Summer’s ‘I Feel Love‘ followed; at one point the audience were on their knees in the lead up to the chorus, and when it finally kicked in everybody erupted.

The show ended on ‘Ants,’ a beautiful track with innocent vocals and upright melodies. You can’t help but feel happy listening to this band. Quirky name and equally quirky humour aside, HamsandwicH need to be the next big band out of Ireland.

Stories From The Surface is available to download now on iTunes.

Fresh, fun, short and sweet – ‘Girls’ is the latest single from Toronto’s own Erich Mrak. Clocking in at just over