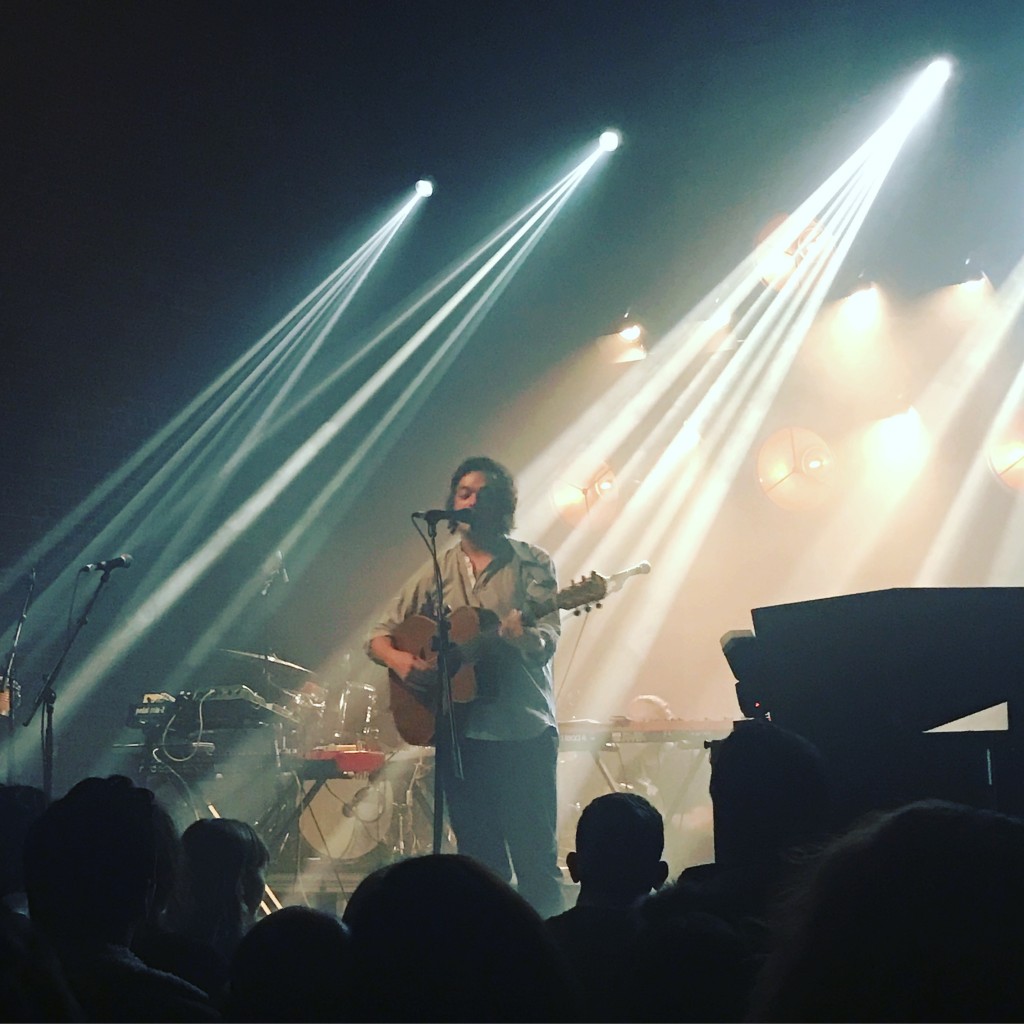 As Sam took the stage the crowd roared and the journey back to Chronicles of a Bohemian Teenager began. He was joined on stage by a 12-stong band who brought a whole new dimension to each track. I Spy, arguably the most famed GCWCF track, was presented in a new light as the trumpets and strings came together creating a jazz-bar feel. The opening lyrics “I spy with my little eye something that begins with I have just…” were sung back from the crowd with feeling, setting the tone for the rest of the show.

Another classic, War Of The Worlds, was sung in Sam’s trademark gruff tones. The acoustic opener drew the crowd in as they swayed along before he launched into the heavy instrumental riffs. “If this is the ward of the worlds then I don’t want to be a part” reverberated around the room as the crowd harmonised. Call Me Ishmael has a way of wrapping the listener up in its warm embrace and in a live setting it was no different. The lyrics “you are not your job and you are not the clothes you wear you are the words that leave your mouth so speak up speak up loud” felt like they had even more prominence now compared to when I heard them as a 16 year old teenager.

Sam paused to speak to the crowd and express his gratitude for the incredible turn-out and for how amazing it feels to be back. He also expressed his views on the current situation within the NHS, urging the crowd to join him in protest on 3rd February. He then launched into VHS Forever from new the new album Young Adult which possesses a surprisingly rock-tinged edge. Heavy guitars coupled with a few electronic flourishes and trumpet solos create a vibey edge. Find the Time from 2008 album Searching For The Hows and Whys was another crowd-pleaser, the trumpet solos really coming alive.

Chronicles of A Bohemian Teenager went down a storm as the shows closer, sounding a little less electronic with all the live instrument accompaniments. “So this one’s for the friends…” was sung back triumphantly and the hollering of “Baa, ba ba ba ba” continued long after Sam and his band had vacated the stage, the voices ricocheting off the walls and punctuated with enthusiastic stomps.

It’s been a decade since get Cape. Wear Cape. Fly first came to prominence when he was just 20 years old and it was great to see how he’d grown as he used this gig as a platform to express his views on wider social issues. Young Adult is a fitting title for an album of tracks which take influence from issues in the UK and beyond that are affecting the young and old alike.

Have a listen to the new single Adults below and find out more about Get Cape. Wear Cape. Fly here. Young Adult is out now.