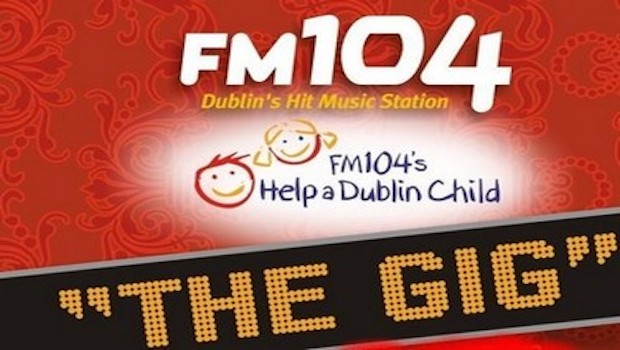 Dublin’s hit music station, FM104 host an annual event in Olympia Theatre, Dublin, where some of the biggest artists, along with the best of up and coming the country has to offer perform to raise money for the ISPCC.

This year saw a wonderful line up including:

And was all hosted by Irish industry star Bressie.

This four piece rock outfit hailing from County Offaly opened the show at the Olympia. Set to blow very soon, the band have such a live energy that would be admirable to some of the biggest names on the scene. Buzzing around the stage like an electric force had taken control, frontman Mark Hogan showed exceptional levels of showmanship for the opening band of the night.

Hermitage Green have gone from strength to strength over the past year in Ireland, picking up a massive following and gaining the recognition they’re so deserving of. Having played Live at the Big Top in their hometown of Limerick, they’re setting themselves up to be one of the next big things out of the country.

Showcasing quite a unique style of traditional and contemporary folk, they have their own niche, and it’s only excelled to its fullest in a live setting.

This guy is a 100% Fortitude favourite – tipped from the very offset. Beautiful songwriting and flawless vocals capable of any range given to him. Although his sound took things down a notch in terms of genre, his energy was one that wasn’t matched. Executing his well-known and loved cover of Coldplay’s ‘Magic’ he really drew the attention of the crowd before ending on a high, getting everyone in the historic venue singing and clapping along to his award winning ‘Say Hello’. His graceful stage presence is one to commend. A definite highlight of the night. 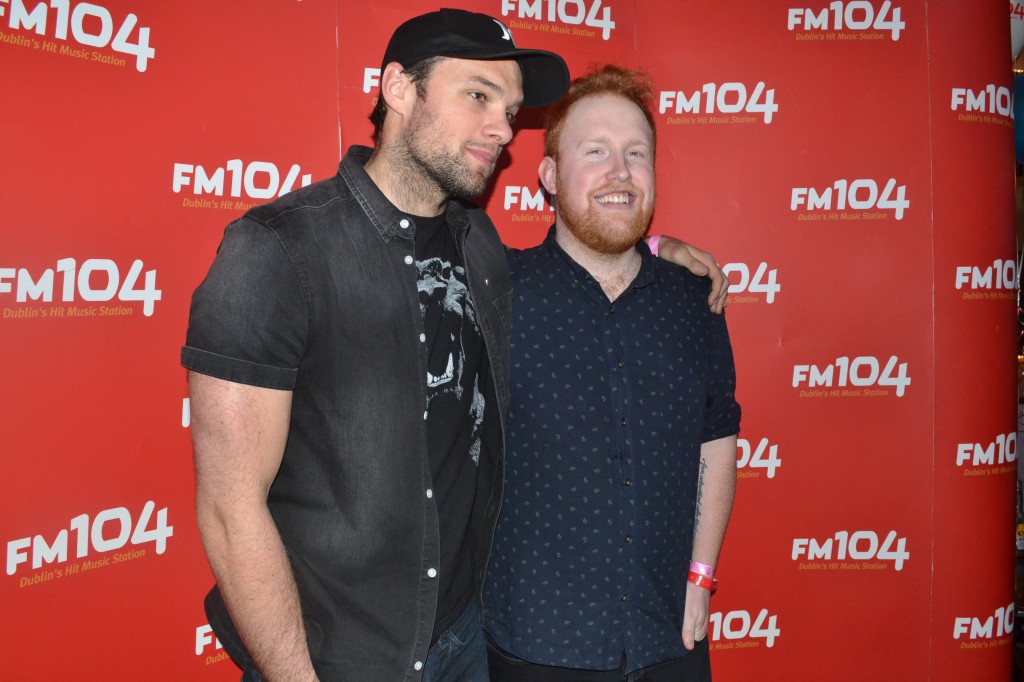 Stemming from Dingle, County Kerry, Walking On Cars have been on the rise for quite a while. Now rapidly building a fan base since their fan-favourite ‘Catch Me If You Can’ which they very elegantly ended their set on, encouraging a sing along from the growing crowd.

Their latest track ‘Tick Tock’ saw them open their set. Producing quality songs with catchy rhythms and melodies, the band have so much potential, their performance on this occasion just resonated an unexpected dullness and lifelessness.

Having just released their brand new album ‘Live Well, Change Often’, Dublin rock trio, The Minutes are back on the scene, and they seem to have bounced back with a bang. Quite a dramatic change in genre and sound coming after the lighter alternative pop sound of Walking On Cars, The Minutes made the show their own.

Album hit ‘Cherrybomb’ made an appearance in their set, getting a very positive reaction as the hype built for the headliner.

One of the most hyped about bands in Ireland at the moment, O.R.B, made up of Seán (“Neddy”) Arkins, Robert Burch and Seán (“Walshy”) Walsh, brought their blend of alternative pop/rock and hip hop to the Olympia stage, greeted by hysterical fans.

Opening on ‘Stars In Your Eyes’, their familiar motivational lyrics and songwriting sent positive vibes into the crowd, producing a collective effort for the majority of the set.

Having just released their brand new album ‘All We Are’, it was surprising to see a set of predominantly older, more familiar tracks, although ‘Feel It In Your Soul’ and ‘Never Gonna Walk Away’ did make an appearance. A very welcomed one at that. Another Fortitude highlight. 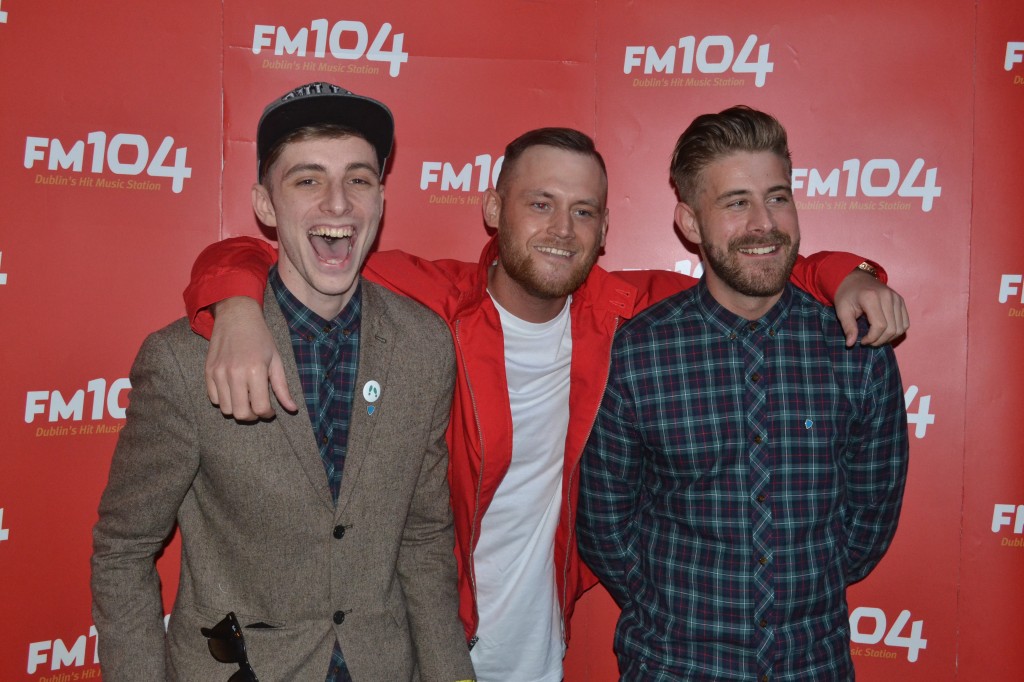 The venue was packed to capacity in time for the eagerly anticipated headliners, Kodaline. One of the finest, most understood bands to come our of Ireland for a while, Kodaline really have been flying the flag for what is a truly proud time for Irish music. Known for their anthemic live tracks and their awe-striking stage presence, there’s no one better to fill a headline spot than these guys.

Opening on ‘The Answer’, the guys were clearly chuffed to be home in Dublin playing to a home crowd. The explosive sense of support that was fired at them from the moment they stepped on stage was incredible – every member of the crowd singing every single word back at them.

Stand out tracks included ‘Way Back When’ and hit singles ‘High Hopes’ and ‘Love Like This’. But of course, it wouldn’t be a Kodaline performance without the heartwarming, uplifting run through of breakthrough hit ‘All I Want’, provoking a thunderous collective roar for their Kodaline-stamped, concluding “wooooahhh”.

The night as a whole just lashed talent from the word go. Showcasing the best of Irish music for a terrific cause. A real gem of a night and another extremely successful year from FM104. 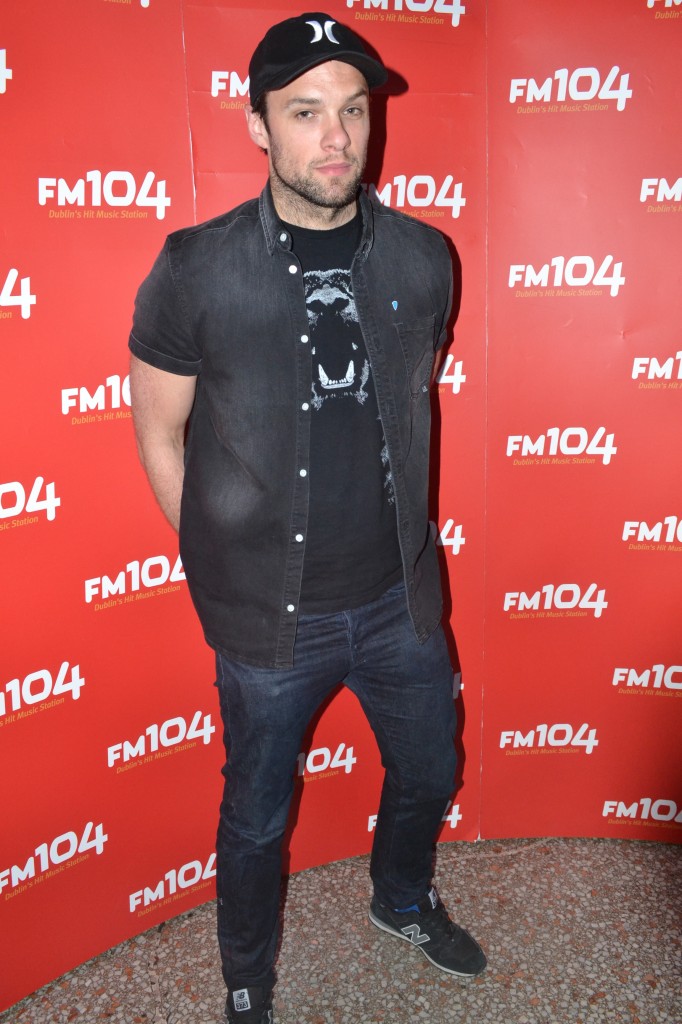