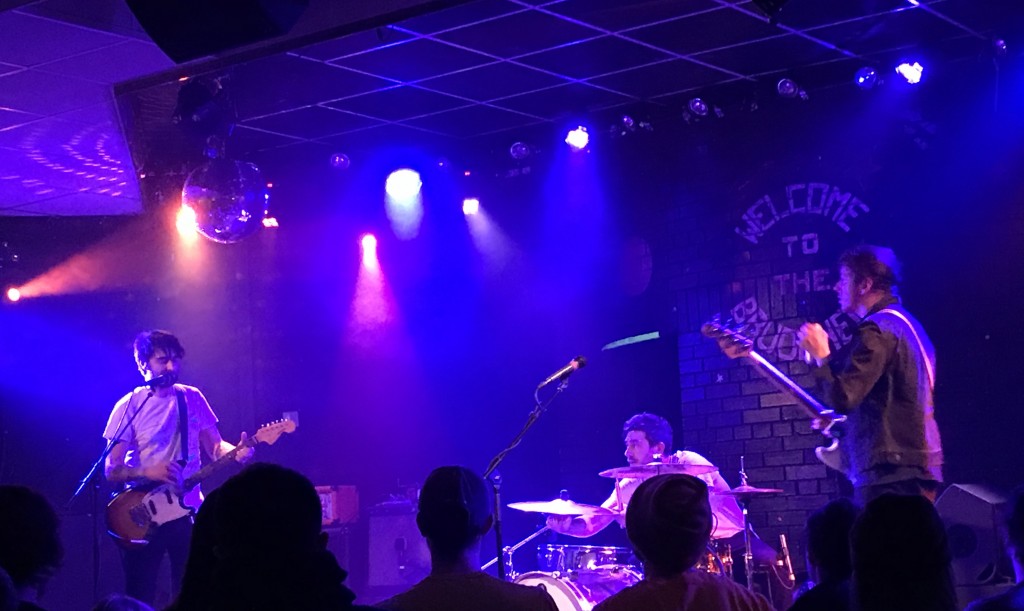 Legendary Leeds venue The Brudenell Social Club was the place to find fuzzy indie rock on Sunday evening (9/12/18), with four great bands making for a night of phenomenal value for money.

Opening act Longbody are impressive through the sheer volume projected from their simple two piece set up of drums +guitar/vocals. Whilst they humorously describe themselves as “the least organised band in Leeds”, there is nothing shabby or unorganised about their performance; the pounding drums, fat, fuzzy guitars and loud/quiet/loud dynamic calls back to classic 90s alt rock bands like Hole in the best kind of way.

Following them are fellow locals Milk Crimes, who vigorously perform a selection of short but sweet indie rock bops. The band succeed in producing enjoyably choppy punk such as “Hail Seitan”,  though their greatest strength is their ability to craft pop-punk earworms, in the form of the memorable guitar flourishes on “Hanging Out” and the harmonious backing vocals on  excellent closer “Soup”.

The first headline act Daddy Issues take the stage, though unfortunately the Nashville trio are immediately plagued by technical difficulties. However, the band charm the crowd during the unexpectant break, with tales of further misadventures experienced during this UK tour, including being held in customs and having wine glasses spontaneously explode. Things get back on track after some fiddling with monitors, and Daddy Issues are thoroughly impressive from then onwards, their set comprising mostly of infectious grunge pop such as “In Your Head”, “Lemon” and “Dog Years”, which are made all the more impactful and enjoyable from the sweet sounding vocals.

Glasgow trio PAWS see the evening out, and like all the acts tonight they deserve a bigger crowd, it is a real shame more couldn’t get down but alas it is a Sunday night, and it doesn’t stop them (or anyone else) from performing a cracking set. Vocalist/ guitarist Phillip Taylor has a sublime voice, emotive and melodic, it is particularly strong on “Omaha” and the gorgeous “Catherine 1965” floating between his endearing and natural Glaswegian, and a somewhat transatlantic drawl – representative of the PAWS sound which is clearly indebted to the American pop-punk and emo bands of the 1990s.The tone of the performance flirts between angry and defiant to tender and poignant, the latter coming in songs such as “Sore Tummy”, “Catherine 1965” as well as his tribute to the late Frightened Rabbit frontman Scott Hutchison.

With the evening coming to a close they ramp up the intensity,  and whilst the beefy guitars thrash at break neck speed as Taylor scales the drum kit, a well-meaning Brudenell patron drunkenly grapples with the mic stand in a moment of uncontrollable exultation, a feeling which after watching these four great groups, was completely relatable.