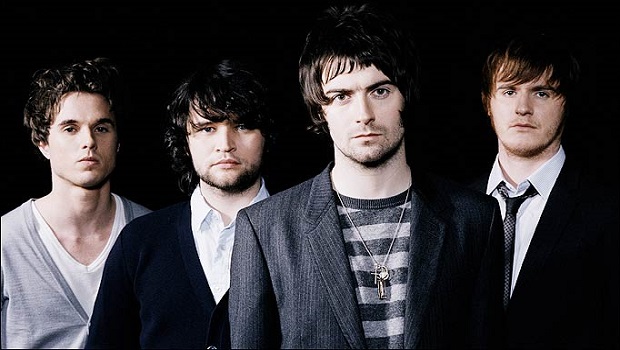 Manchester band, The Courteeners, ended their December tour of the UK at the Phone 4U Arena in their hometown on Friday 13th December.

After selling out the majority of dates, there was still some tickets left for the closing date, and several of the blocks on the top tier covered up to hide the empty seats. Despite this they still managed to absorb every ounce of energy from the crowd and completely blow away the audience.

Opening with their latest single ‘Are You In Love With A Notion?’ from long awaited album ‘Anna’, The Courteeners instantly attracted everybody’s attention. With their catchy riffs and sing-along style lyrics they had the audience singing every word back to them like a choir. From the first note the whole arena was covered with flying plastic cups, waving arms and the constantly flashing lights ensnaring everybody into a Courteeners induced trance.

Playing a steady mix of old and new songs The Courteeners maintained a constant state of euphoria amongst the onlooking crowd staring up at them and clinging onto their every note. From start to finish everybody was on their feet singing and dancing along to the hypnotic rhythm being produced from the four local lads.

Finishing their set with ‘Fallowfield Hillbilly’ and ‘Take Over the World‘ they left the stage to an echo of cheers and calls for an inevitable encore. The cheers then turned into the whole crowd singing the riff to one of their most famous songs, and having recently been the anthem for Manchester United’s 20th Premier League victory, ‘Not Nineteen Forever’. Moments later Liam Fray reentered the stage alone to play three acoustic songs before being rejoined by the rest of the band to play their second encore with songs like ‘Here Come the Young Men’, ‘Not Nineteen Forever’ and wrapping up the spectacular evening with what seemed to be an audience lead ‘What Took You So Long?‘.

The crowd were left stunned with every note and lyrics still reverberating around inside the arena and the choir of Mancunians repeating their favourite songs from the evening on the way out into the streets.

The Courteeners recently announced that they would be taking time out next year, however before playing their final song Liam Fray told the audience that this wasn’t true and that we can expect a new album and a new tour within the next twelve months; much to the delight of the crowd.

The Courteeners – Take Over The World on MUZU.TV.